Pilot whales are another cetacean misnomer. They are instead oceanic dolphins; the 2nd-largest, behind orcas. There are 2 pilot whale species: short-finned and long-finned. 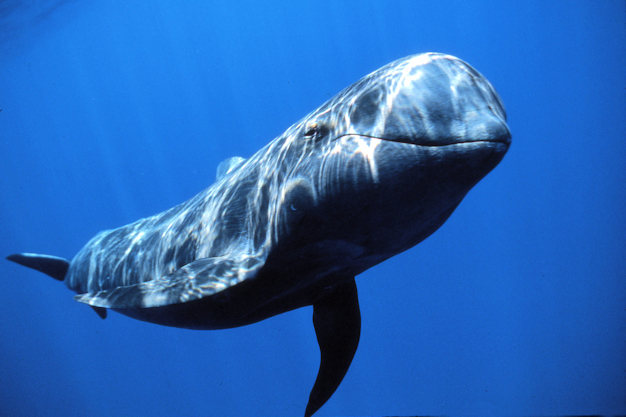 These gregarious creatures travel in pods of up to a hundred, with a dominant female acting as leader. They readily socialize with other dolphin species.

Unlike some other dolphins, long-finned pilot whales spend their lives in the same group. While mating may occur outside a pod, group members do not change their social affiliation.

The long-finned pilot whales that live in the Strait of Gibraltar stay there year-round. When an external threat is perceived, the whales swim synchronously; a typical technique for fish in fearful flight. This tight formation swimming keeps the whole group alert and responsive.

Pilot whales are perhaps best known for stranding themselves on beaches in disturbingly large numbers. Their close relations lead others to follow a friend in distress.