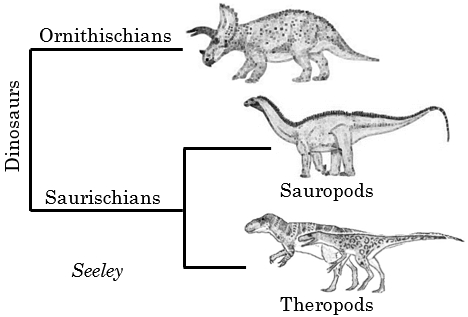 Seeley’s basic division and nomenclature held despite birds evolving from saurischians, not ornithischians. The shape of bird pelvises came as a convergent evolution to the similar structure of unrelated ornithischians. 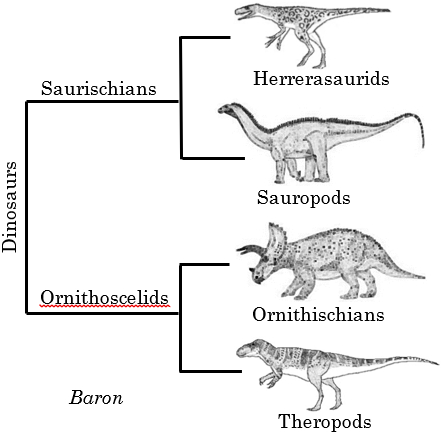 Baron’s choice of Ornithoscelida was a revival of an old name, albeit not using the same taxonomic rationale. English biologist Thomas Henry Huxley had defined Ornithoscelida in 1869 by how heavyset dinosaurs were. Huxley’s classification was overshadowed by Seeley’s 1888 grouping.

Baron’s classification better identifies the 2 major clades of dinosaurs. Baron recognized theropods and ornithischians as sister taxa. Another telling distinction is that Baron’s new categorization incorporates the earliest dinosaurs – herrerasaurids – as saurischians; something which Seeley’s classification could not accommodate.