Evolution is always moving quickly but we tend not to see it because we typically measure it over longer time periods. ~ English evolutionary biologist Greger Larson

The pace of evolution can be accelerated by need, and can even occur within a single generation. Adaptation is specific, directed to the prospect of improved fitness.

Viruses know that their hosts are always working to keep them out or kill them if they get in, so viruses are constantly tuning their genic toolkits. How they do so often follow patterns. Vaccine makers have discovered how to anticipate the variants that influenza viruses use. This discovery relies upon the fact that viruses typically take the savviest path.

Such optimality in evolution has been seen in HIV. HIV populations readily discover every possible mutation and select those that best accelerate viral replication.

Plants also adapt rapidly. The Pyrenean rocket is a small flowering plant native to the mountains of southern Europe. It somehow made its way to the lowlands of Belgium in the 1st half of the 19th century. Within 20 generations of its landing in Belgium, the rocket had adapted to a quite different biome.

400 TYA, polar bears diverged from brown bears in fewer than 20,500 generations. The most significant adaptation was to the cardiovascular system, so that polar bears could tolerate the extremely fatty diet of eating blubbery seals: the only catchable meal. 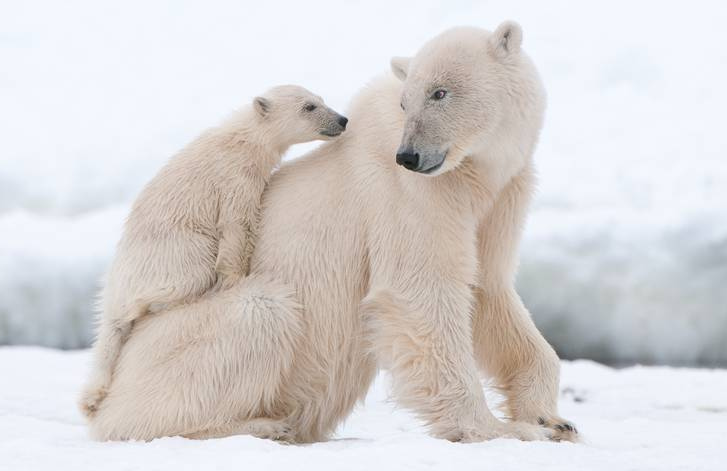 Polar bears also adapted to the frigid temperatures of the Arctic Circle where they live, moving about on ice and snow, and swimming in near-freezing water.

Repeated evolution can occur by ‘reusing’ the same genetic mechanisms over and over again. ~ American evolutionary biologist Erica Bree

The stickleback is a family of small fish that has long been abundant in the oceans. 10,000 years ago, as the last ice age relented in glacial melt, most of the 16 species wound up in new freshwater streams and lakes.

Around the world, sticklebacks, well-adapted to life at sea, faced a freshwater dilemma: evolve or die. Within 10 generations they all underwent similar changes: swapping their armored plates and defensive spines for a lighter freshwater form, as well as adapting from saltwater conditions to fresh. This convergent evolution happened thousands of times.

Most of the rapid adaptations were not genetic mutations. Instead, epigenetic regulation altered the activities of genes.

Sticklebacks are an excellent example of how rapidly adaptation can happen, convergent to functional needs.