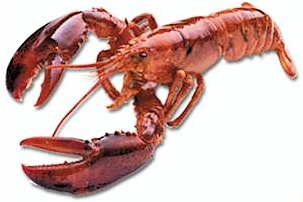 George was a 9 kg American lobster captured off the coast of Newfoundland in December 2008 and sold to City Crab and Seafood restaurant in New York City for $100. George arrived at the restaurant on New Year’s Eve. He spent 10 days in a tank, ogled by eaters.

The restaurant owner, Keith Valenti, agreed to let George go after being pressured by the animal rights group PETA. Recanting his initial refusal, Valenti declared freedom for George a “no brainer.”

Now a celebrity, George was driven in a lobster limo to Kennebunkport, Maine, and released back into the wild. Lobster fishing is prohibited in the waters off Kennebunkport.

At the time of his capture George was 104 years old.