Here were a number of distinctive, perhaps short-lived, species of proto-humans living in both eastern and southern Africa in the period between 2 and 1 million years ago. ~ Australian anthropologist Colin Groves

Most species put under the Homo genus were only somewhat like the hominins that became human: not in the direct lineage that led to moderns. Homo has been treated by anthropologists not as a clade or genera, only as an evolutionary jumble of approximate similarity, with arbitrary distinction from other genera, especially australopiths. From a classification standpoint, Homo is an inexcusable mess. 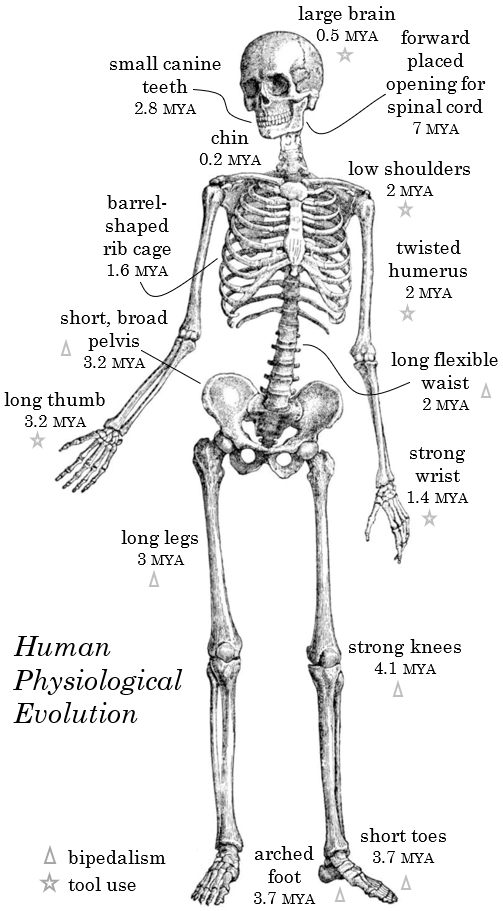 Throughout the 20th century, the definition of Homo was expanded to accommodate fossil specimens increasingly remote from Homo sapiens in both time and morphology. ~ American paleoanthropologists Susan Antón, Richard Potts, & Leslie Aiello 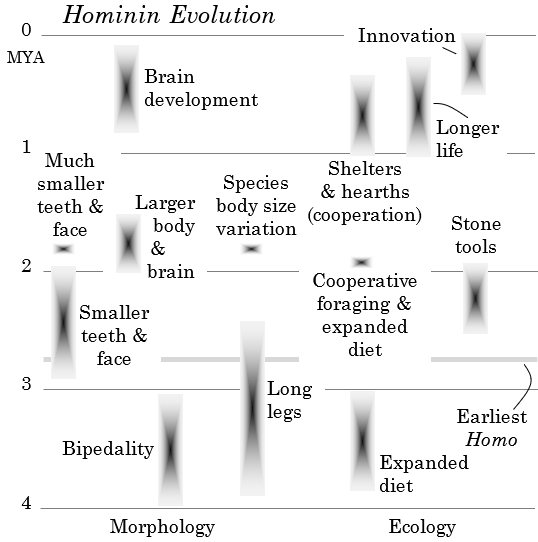 From the mid-19th century the study of hominids bristled with self-appointed experts. In the late 1850s German physiologist August Franz Mayer identified Neanderthal remains in northern Germany as a Cossack soldier with rickets who had died in 1814 and somehow become buried in 2 meters of fossiliferous earth. Thomas Henry Huxley, friend of Darwin and staunch advocate of Darwinian evolution, happily agreed that the features of Neanderthals fell within the range of variation of Homo sapiens. This was but the start of a trend to buttress Darwin’s conception of human descent as linear.

We can sit in the present and tell stories of the past that make sense of our modern-day adaptations. But these could have evolved for reasons we don’t know. ~ American anthropologist Andrew Barr

A partial hominin mandible found in 2013 pushed back the first appearance of Homo to 2.8 MYA. The supposed spur to its emergence was increasing aridity in east Africa. The specimen represented a slight transition from Au. africanus toward Homo.

50 years after the recognition of the species Homo habilis as the earliest known representative of our genus, the origin of Homo remains clouded. This uncertainty stems in large part from a limited fossil record, especially in eastern Africa. ~ American anthropologist Brian Villmoare et al