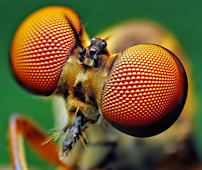 English naturalist Charles Darwin had “much difficulty” in understanding the origin of something “as perfect and complex as the eye.” Darwin would have been shocked to learn how quickly life attained what he referred to as “an organ of extreme perfection.”

Algae can detect the entire human-visible spectrum, including red, which seawater absorbs. The ability to detect colors evolved exceedingly early.

Erythropsidinium is a single-celled alga with an organelle eye that it uses to catch prey and avoid predators. Erythropsidinium’s eye, a modified chloroplast, detects polarized light.