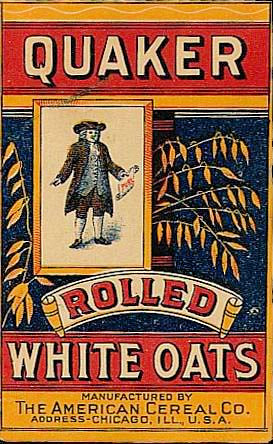 The ancestor of oats originated in the Fertile Crescent. Oat domestication was relatively late, and far from its native soil: in Bronze Age western Europe, where oat was a weed mixed with barley.

The popularity of oats for human consumption in North America gained its impetus from German American entrepreneur Ferdinand Schumacher, who developed quick-cooking rolled oats in the late 19th century, and to American businessman Henry Parsons Crowell, who successfully branded the innovation as “Quaker Oats.”

Oatmeal (porridge) and other oat products are popular in the United States, United Kingdom, Australia, and New Zealand. Avena is a cold, sweet drink of milk and ground oats that is a beloved beverage throughout Latin America.