The peanut plant is an annual herb that grows 30–50 cm high. It was domesticated in central South America over 8,000 years ago. Peanuts are now one of the world’s leading food crops.

The peanut is a concentrated food: per-weight richer in proteins, minerals, and vitamins than beef liver; more fat than heavy cream, and more caloric food energy than sugar; but by far more nutritiously healthy that such competition.

Peanuts are a good source of vitamins B and E, dietary fiber, antioxidants, magnesium, and phosphorus. 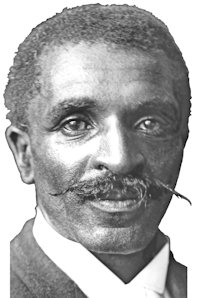 The peanut maven of all time was American botanist George Washington Carver (1864–1943), who devised 105 recipes using peanuts in the early 20th century. He also developed and promoted 100 peanut-based products.

Carver’s peanut work was inspired by a desire to help wean the Reconstruction-era South from its dependence on the cotton monoculture that was depleting soil while the boll weevil destroyed much of the cotton crop.