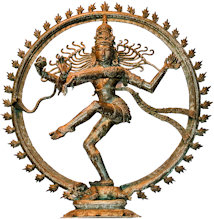 The mind craves stimulation, either exciting or calming, depending upon a person’s constitutional inclination. Hence hominids have always selectively valued substances with psychotropic properties.

Powerful agents were especially prized for the glimpses they afforded into the artifice that the mind mundanely portrays as reality. Mind-altering experiences were incorporated into mystical belief systems. These became a cornerstone upon which religions were based.

Gratification escorts habit into one’s life. Psychoactive substances that satisfy are readily entrained into everyday use.

It is easier to prevent bad habits than to break them. ~ Benjamin Franklin

Oftentimes, in the case of chemical self-medication, habit slips into addiction, commonly coupled to denial about the hold the substance has.

First we make our habits, then our habits make us. ~ American soldier Charles Noble

The body pays for the mind’s repetitious entertainment, which often brings mere moments of pleasure.

People have a hard time staying abstinent because seeing cues for the drug use triggers this intense desire to seek out the drugs. ~ American psychologist Francesca Filbey

Humans are not alone in enjoying a buzz. Elephants in South Africa seek out the sweet fermented fruits of the marula tree. Tasmanian wallabies dope on opium poppies in the field. Dolphins pacify themselves on pufferfish: carefully chewing on one for just the right dose of numbing neurotoxin, then passing it to a companion to take a hit.