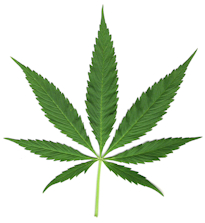 The cannabis plant is indigenous to central and south Asia. Hemp’s various utilities – for fabric, rope, and food – led to its spread worldwide. Cannabis seeds were eaten in China by 6000 BCE. Chinese textiles made of hemp fiber were made by 4000 BCE. By 2727 BCE the stuff was being smoked.

The ancient Assyrians, Hindus, Greeks, and Romans and others knew of the weed, which has been smoked throughout history, often with spiritual sentiment.

Early Sufi Muslims smoked cannabis in a compact form known as hashish, which is more potent product owing to its compression.

The term marijuana originated in Mexican Spanish and immigrated into the English lexicon along with the Mexicans who brought the weed into the United States in the late 19th century.

Cannabis is consumed for its mood-lifting and relaxing qualities. Unwanted side effects include dry mouth, red eyes, impaired motor skills, anxiety, and paranoia.

Smoking cannabis presents the same health hazards as tobacco regarding tar, carcinogens, and damage to the respiratory and cardiovascular systems. Then cannabis adds more health detriments than tobacco can muster.

Cannabis is addictive. Continued use is a formula for cognitive decline, loss of motivation, negative emotionality, aggravation of mental illness, and risk of psychotic symptoms, particularly paranoia.

Marijuana use has damaging influences in the brain, particularly regions important in memory and learning. ~ American psychologist and neurobiologist Elisabeth Jorandby

Cessation of cannabis use produces a rapid and significant benefit in people’s ability to learn and remember information in their daily lives. ~ English psychologist Tom Freeman

In short, marijuana makes you stupid and grouchy to boot while pilfering your physical health.

Cannabis became illegal in most countries in the early 20th century. In some areas, its use has been tolerated despite legal prohibition. Amsterdam is a notorious example.

Despite its illegality and vilification by the government from the 1930s into the 1960s, marijuana remained popular with Americans seeking stupor. Continued widespread use in the US led to a degree of tolerance to its consumption by local law enforcement in the late 20th century. Then the weed worm turned.

In the 2nd decade of the 21st century, revenue-hungry states in the US began to allow taxed licensed sales of cannabis, even as it remained illegal under federal law. The Feds ignored the states’ transgressions while refusing to sanction research into the health effects of marijuana. Lured by loot, the US government became dupes for dope.