A culture is not a static affair but a live process, like a river which moves but still keeps to a recognizable form. ~ Kurt Lewin

A culture is a system of shared abstractions, beliefs, values, folkways, and rituals. A common culture delimits a tribe.

All cultures seek to constrain the raw selfishness of human nature through the establishment of unwritten moral rule, to affirm an ethical code by simple habituation. ~ Francis Fukuyama

Cultural inculcation is mainly an implicit, nonverbal transmission, learned through observation and imitation rather than explicit instruction or expression.

Culture illustrates the power of abstraction in human existence. Its strongest expression is in ideology, which is a sociopolitical belief system intertwined with worldview. Religion often forms the foundation of an ideology. Group conflicts are commonly ideologically based. 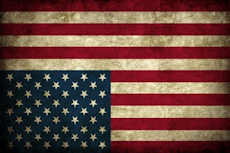 The way of life that typifies a culture is emblematic of the values carried within. The divergence between espoused cultural values and what is practiced depicts the hypocrisy and corruption of a tribe.

We are so dependent upon our culture’s symbols that we take them for granted. We become keenly aware of the importance of a symbol when someone uses it in an unconventional way. ~ John Macionis