The Sinking of the Titanic

I cannot conceive of any vital disaster happening to this vessel. Modern ship building has gone beyond that. ~ Titanic Captain Edward Smith before his optimism became fatally ill-founded

The RMS Titanic was an English passenger liner that sank on its maiden voyage from Southampton to New York City. Over 1,500 of 2,224 passengers and crew shuffled off their mortal coils in the frigid waters of the North Atlantic Ocean in the wee hours of 15 April 1912.

Despite receiving 6 warnings of sea ice the day before, the ship was near her maximum speed when she rammed into an iceberg. Following existing maritime practice, there were far too few lifeboats, and many were left unfilled due to a poorly managed evacuation. 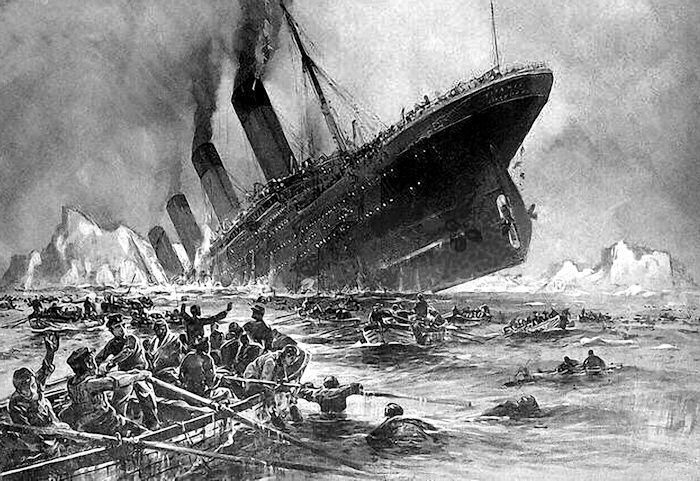 Warnings were sounded first for those holding 1st-class tickets, with accommodations on the upper decks, where lifeboats were most available. Over 60% survived.

In contrast, only 36% of the 2nd-class passengers survived. Of the poor souls in the lower decks with 3rd-class tickets, only 24% escaped drowning.