There are over 2,500 toxic chemical sites in flood-prone areas of the US. Every state has at least 1. 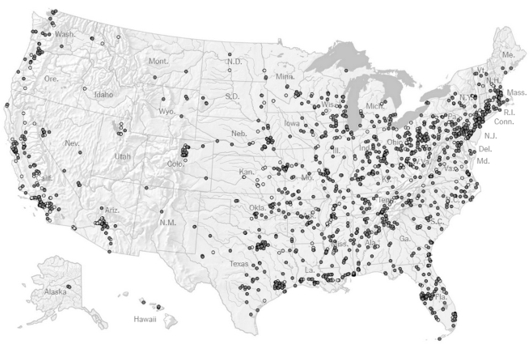 Federal, state, and local governments have no regulations for safe siting. Floods in recent years have repeatedly unleashed lethal regret.

Governments don’t even bother to track toxic spills from floods when they occur. (A 2015 US presidential executive order requiring assessment of flooding potential for federally funded infrastructure was rescinded by President Trump in 2017.)

It was like the biblical flood, well off the charts. The lesson learned is that every now and then there will be something that’s more than we planned for. ~ American corporate spokesman Mike Williams, about the toxic spill from an agrichemical plant in Houston, Texas in 2017