Planting seeds requires breaking ground. From 3000 bce into the 20th century, humans had draught animals dragging plows to till the soil. Plows improved, and oxen gave way to horses, but the relationship continued until the machine age. Then animal draught went to naught.

While they might power factories, steam engines were uneconomic on the farm. The advent of the internal combustion engine brought the tractor into service. 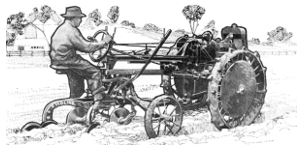 From a promising start, tractors became more efficient and useful. Power takeoff was introduced in 1918, allowing a tractor’s engine to power an implement.

Once introduced, the number of tractors leapt dramatically in developed countries, especially the United States. In 1907, 600 tractors were in use in America. By 1950, the US tractor population had grown to nearly 3.4 million.

Beyond the vast American fields, the other state to hop onto tractors was the Soviet Union, which forcibly collectivized its farming in the 1930s. These huge farms needed tractors aplenty. Their production and use became a fetish in Stalin’s era.

European enthusiasm for tractors and other mechanized farm implements trailed that of the Americans and Russians. In 1950, Germany still employed 2 million horses on its farms. Only 3% of the cows in western Europe were being milked by machine in 1950; by 1980, only 3% were hand milked.

Implements specialized for different crops greatly improved productivity. Cotton is noteworthy. Mechanization after World War 2 substantially reduced the effort needed to cultivate what had been a labor-intensive crop. The last innovations were in upsizing: gigantic tractors with double tires on each wheel and air-conditioned cabs that could pull several gangs of plows. 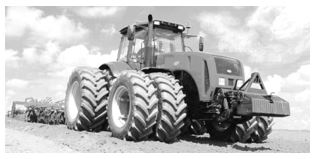