The realized knows that all this is the play of ignorance. ~ Nisargadatta Maharaj

Enlightenment is profound step toward realization. The last 2 progressions in consciousness are a deepening of the experience.

When the mind is quiet, we come to know ourselves as the pure witness. We withdraw from the experience and its experiencer and stand apart in pure awareness, which is between and beyond the two. ~ Nisargadatta Maharaj

Coherence consciousness is the 6th state of consciousness, where awareness of the entanglement of diversity is felt. The unity of Nature begins to be part of everyday experience.

I find one vast garden spread out all over the universe. All plants, all human beings, all higher mind bodies are about in this garden in various ways, each has his own uniqueness and beauty. ~ Anandamayi Maa

Realization (aka unity consciousness) is the apex of sentience. Though in a mind-body, one witnesses phenomena in the silence of noumenon. In realization, there is an abiding experience of the unicity of Nature. 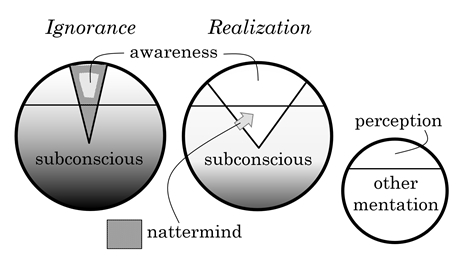 No sorrow nor delusion can overwhelm one who sees the oneness of existence. ~ Isa Upanishad