The mass of a body is a measure of its energy content. ~ Albert Einstein in 1905

In 1905, Einstein posited E = mc2, an equivalence between mass and energy. For historical reasons, Einstein stated the equation backwards.

Classical physicists conveniently multiplied an object’s mass by the square of its velocity (mv2) to come up with a useful indicator of its energy: E = mv2. In his relativistic equation E = mc2, Einstein simply substituted the speed of light (c) for the classical notion of velocity (v). Einstein explicitly expressed matter as a form of energy (m = E/c2).

Stemming from the quantum wave/particle duality discerned in the 1926, modern physics is based on the premise that matter is an appearance of energy as localized points of coherence: quanta. Nature is a whorl of energy, but its manifestation appears particulate. Matter becomes a mirage at the smallest possible scale: an energy field giving the impression of a particle.

The equivalence of mass and energy is asymmetric: matter is a form of energy, but not vice versa. Whereas matter may decay or be destroyed, releasing energy in the process, energy can only locally diffuse or alter form. Energy does not decay into matter; instead, energy creates the appearance of matter.

Mass-energy equivalence is astonishing in its implications. The speed of light squared is a huge number: equal to 9.5 light years. m = E/c2 means that even the smallest amount of matter locks up an unimaginable amount of energy.

Nuclear weapons illustrate that power. The American atomic bomb that destroyed Hiroshima at the close of World War 2 converted only 700 milligrams of matter into energy. That is equivalent to 70% of the weight of a US dollar bill. 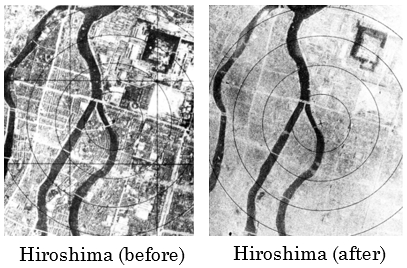 If a significant fraction of the 64 kg of enriched uranium in the “Little Boy” bomb had fissioned, it would have vaporized the entire planet. In unleashing the weak force of atomic decay, nuclear detonations illustrate the tremendous energy holding atoms together: the strong force.

Matter tenaciously coheres owing to an incredible amount of bosonic energy: the strong nuclear force. Hence, matter involves much more energy than is represented by its mass.

By comparison to nuclear forces, chemical reactions are meager energetic flutterings; yet, in tweaking atomic bonds, they work profound transformations.

Quantum interactions are daedal dances which occur near light speed. They follow exquisitely intricate rules in maintaining and changing state by virtue of acquiring or shedding energy.

Quanta are also coherent in their discourse among themselves. Their masses, spins, and charges create a labyrinth which dictates how their interactions proceed. All of it is a gambol of energy, ruled over by mathematics which remain beyond our ken.

What appears as solid matter simply has no solidity. Instead, infinitesimally tiny localized fields of energy interact in specific ways to create an illusion of materiality. This characterization does not just apply at the quantum scale. All of existence comprises entangled energies shaping the appearance of matter emergently: moment by moment, with minute fluctuations between infinitesimal instants.

The simplest atom – hydrogen – comprises a single proton made of 3 quarks that follow a specific formulation, and an electron orbiting about the proton at an enormous distance along a forever fluxing probabilistic path. A seething ground state, laden with virtual particles, surrounds and infuses this pair of subatomic particles, greatly adding to the atom’s heft and affecting its energetic gyrations.

Every atom is 99.999+% vacuum, and vacuum is filled with energy, albeit extra-dimensional energy that makes momentary entrées into existence. Seemingly solid matter is a very thin gruel, forgetting in the moment that matter is really nothing more than coherent energy.