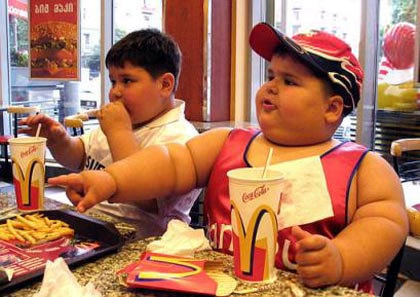 There is a decided statistical trend of Americans dying younger. The dynamics behind earlier mortality are manifold, but they solely owe to spiritual and practical ignorance.

“US life expectancy has not kept pace with that of other wealthy countries and is now decreasing.” ~ American public health researchers Steven Woolf & Heidi Schoomaker

Capitalist economists as recently as last century foresaw prosperity for all from the market system. Instead, capitalism has wrought grotesque inequities and a population majority of wage slaves who live in the grip of economic insecurity. As a rabid apostle of capitalism, America has been at the forefront of this economic system’s sour fruits. Other factors contributing to mortality may be traced to the aura of capitalist society, which ladles stress to those who don’t manage to float to the top.

Another significant contributor has been a lack of education in areas critical to quality of life. What Americans don’t know is killing them.

Among developed countries, America is a hotbed of gullible ignoramuses who label themselves Christians. As serfs to their minds, all believers are mentally ill, but this crowd has it bad. That the great mass of most fervent Christians support Donald Trump as a political leader speaks volumes.

Speaking of mass, obesity is now prevalent among Americans of all ages. Americans simply don’t know what to eat. Over 90% of the supposed food in American supermarkets and restaurants is slow-acting poison which the natives gobble down in excessive quantities. Fresh fruits and vegetables comprise only the smallest portion of the average American’s diet.

Large swaths of Americans have been self-medicating to an appalling degree. Opioid consumption has become epidemic. Cannabis, which only makes its users dullards, is increasingly being legalized and thereby its common use encouraged. Alcohol, the perennial mind-body sapper, remains as popular as ever. Stifling awareness dims the light of living.

Most Americans are institutionalized in the worst way. This strong herding current results in a societal sinking to a low common denominator.

At the individual level, look at the factors related to rising American mortality and they all point to a lack of proper education and discipline. Living well is a craft that most Americans don’t even recognize as such, let alone have the knowledge skills to shape healthy lives.

This harsh analysis paints in broad strokes which overlooks the many fine features which characterize the best of America. But whereas the best are doing swimmingly well, American society as a whole is sinking. That itself is part of the problem.

“There’s something terribly wrong. The cause has to be systemic.” ~ Steven Woolf

Most formal American education is misinformation. Read Spokes of the Wheel and discover a revelation of knowledge which will enrich and improve your life.