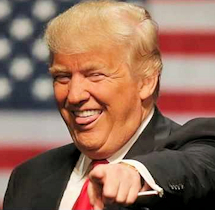 Historically, US courts have vacillated between relative political balance and extreme partisanship. In the 21st century, despite the interlude of Democratic President Obama, the federal appeals courts are thoroughly Republican.

During the Watergate scandal, the supreme court came back into session in July 1974 to rule on Congress’ demand for Republican President Nixon’s oval office tapes, ruling unanimously for Nixon. Nixon immediately resigned.

During the battle over the ballot recount in Florida in the 2000 election, the Republican supreme court moved at warp speed to unconstitutionally award George W. Bush the presidency. This was the greatest election fraud in American history.

With archcriminal Trump as president, the Republican courts have been as fast as molasses in January to rule on cases lawfully requesting evidence that would prove damaging to the president. In their impeachment inquiry, the Democratic leadership in Congress prudently decided to get on with their show to embarrass Trump rather wait indeterminately for the courts.