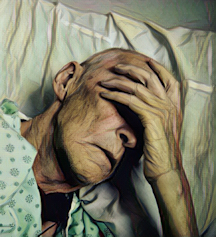 2.8 million Americans are sickened by antibiotic-resistant pathogens each year. 35,000 die for lack of effective treatment. Meanwhile, companies doing their best to develop effective new drugs are going bankrupt. The situation illustrates one way in which capitalism is misaligned with the well-being of society.

Decades of casually dispensing antibiotics lead to the inevitable adaptation by pathogens of surviving the chemical onslaught. Outgunning hardened germs is outrageously expensive.

The biotech company Achaogen spent 15 years and a billion dollars to win Food and Drug Administration approval for Zemdri, a drug for hard-to-treat urinary tract infections. The World Health Organization also applauded: adding Zemdri to its list of essential new medicines. Achaogen did not survive the Herculean effort: unable to raise further funds, it went bankrupt.

Achaogen is exemplary of an industry being financial strangled to death. A new antibiotic can cost $2.6 billion to develop. “The science is hard, really hard,” said Dr. David Shlaes.

In the 1980s there were 18 major drug companies working on new antibiotics. Today there are 3.

The industry faces another challenge: after decades of warnings against the profligate use of antibiotics, doctors are finally reluctant to prescribe – especially the newest medications, which are extremely expensive. Part of death toll from tough microbes owes to doctors sticking with older, ineffective treatments instead of “splurging” on what now works.

Given that investors prefer relatively riskless profit, government intervention to cure this failure of capitalism seems the only path forward. Yet that too has been thwarted.

In the US, government funding to abet development of new antibiotics has run into a wall. “There is institutional resistance to any legislation that provides financial incentives to drug companies,” said Senator Bob Casey.