From 1970 to 2019, North American bird populations declined by 29%: nearly 3 billion fewer birds. Loss of habitat by human invasion, pesticides and other pollutants were the causes.

Birds are typically hardy, adaptable creatures – the successors to dinosaurs writ small (birds are also known as Aves, for avian dinosaurs). Avian success or failure is a harbinger for other animal groups, including humans. “Birds are an indicator of ecosystem health,” noted English ornithologist Richard Gregory.

The decline in North American birds was measured by an extensive historical study of 529 species. Though there were some species exceptions, the population drops “were across the board,” observed American ornithologist Ken Rosenberg. Europe is experiencing a similar loss of birds.

Among the worst-hit were warblers, which lost 617 million birds. There are 440 million fewer blackbirds than there were in 1970. 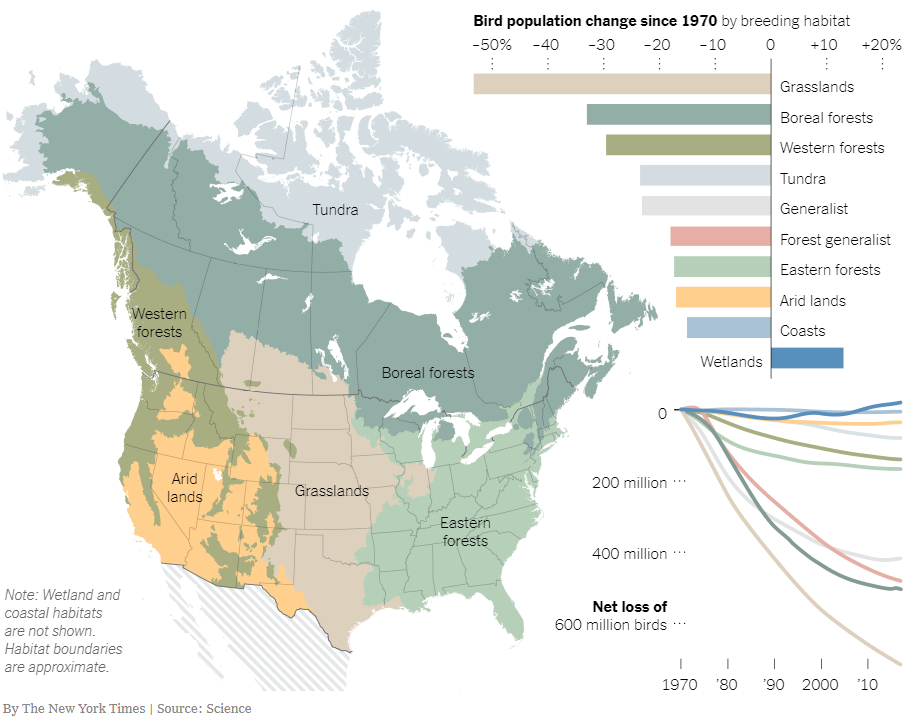 Pesticides have been a big downer for birds. Not only have birds lost food, pesticides ruin avian health. For instance, neonicotinoid pesticides, which are widely used, make it harder for birds to put on weight needed for migration. The abusive use of pesticides continues unabated.

Douglas Main, “Why insect populations are plummeting – and why it matters,” National Geographic (14 February 2019).