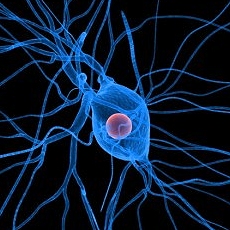 In multicellular organisms, somatic cell replication is essential to replacing worn-out cells with fresh copies. While, to some degree, plants can grow themselves past genetic defects, animals must have good working replacements for proper functioning.

Yet from one cell generation to the next, genomes are transmitted with many mistakes: somatically acquired deletions, duplications, and other mutations. This is even true of nerve cells in the human brain, which continue to function properly despite large numbers of genetic errors.

Error-prone replication is selective. Cells replicate the transcriptionally active portions of their genomes with care, then rush through the silent sections. Cells can be careless about replicating the unused parts of their genomes.

The brain may be particularly well suited to coping with scattered genomic errors at the cellular level. During development, an overabundance of nerve cells are connectively networked. Then, during maturation, those cells that don’t contribute are pruned. It may even be that genomic eccentricities have a benefit yet unknown.