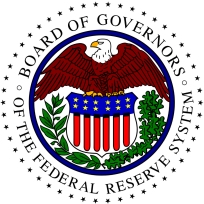 U.S. Federal Reserve Chairman Ben Bernanke and the board of governors did not have a clue that the global financial crisis that started toward the end of 2007 was upon them. The reason is simple: their econometric model completely ignored banks as a profit-making enterprise.

Banks have been omitted from models government officials employ around the world because macroeconomists thought of banks as a simple conduit between savers and borrowers, rather than opportunistic profit-seekers that could affect the economy.

The blinders are still on. Government economists are still reluctant to change their models from the “industry standard.”

In the 1990s, biologists wanted to study the behavior of ant colonies and bird flocks. They built agent-based models to try to understand interrelated ecological interactions. That inspired economists to use independent agents as a way to create their economic model.

Modeling an entire economy using the agent approach did not become practical until recently, owing to the number of calculations involved, and because humans are not clever enough to write decent software (how easy to use and bug free is your personal computer?!). Even the most advanced models, which do take into account bank behavior, fail to produce the frequent recessions and bank crises, punctuated by rare depressions, that characterize the capitalist system.

“Efforts are under way to improve macroeconomic models,” The Economist (19 January 2013).