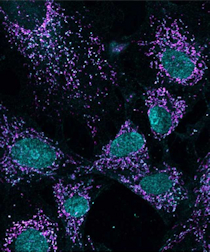 Mitochondria are a cell’s power source. This organelle is also pivotal in the cell life cycle. There are multiple signaling pathways between a mitochondrion and various organelles.

The number of mitochondria in a cell varies widely by organism and tissue type. Some cells sport only a single mitochondrion, while others may have several thousand. However numerous or sparse, mitochondrial health is crucial to cell well-being.

Unsurprisingly, given the organelle’s criticality, mitochondria are watchful monitors of cell stress level. “Mitochondria act as a first line of defense in sensing stress. The mitochondria tell the rest of the cell,” said American cytologist Gerald Shadel.

“Mitochondria are the ‘canary in the coal mine’ for cellular stress,” ScienceDaily (14 December 2019).