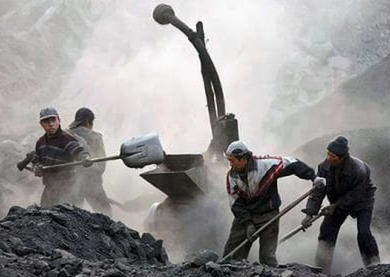 Industrialization has furnished a wondrous plethora of consumer products. The materials for these conveniences have come from gouging the earth for its metals and minerals. The costs of this environmental desecration include pollution that maims and kills life for miles around. China exemplifies the Faustian bargain of consumerism.

In the post-World War 2 era, economically developed countries sacrificed much of their manufacturing on the alter of cheap labor. The Far East benefited the most, especially China after it opened its doors for international business in 1981.

In the decades since, China became the world’s largest factory site. A vast industry grew to feed the manufacturing boom and sate global demand so that people could live in unsustainable luxury.

Chinese workers died in the millions in the mines that dotted the land. Heavy metals and toxins suffused the landscape around these diggings. Those who survived sport deformities from consuming the contaminants in their food and drinking water.

In 2014, the Chinese government confessed that 20% of the country’s farmland was badly contaminated and 1/3rd of its surface water unfit for human contact. That surely was an underestimate.

There simply is no water in China safe to drink, save perhaps the most remote locations where no one lives. There are no waterways or wells that are not heavily polluted. Acid rain is common throughout much of China.

“Central leaders may have a great vision,” said Chinese environmentalist and public policy analyst Song Guojun. “But at the local level, there is no transparency, no upward accountability, no money.”

Mining operations and metal producers continue their legacy of toxicity. “They are unstoppable,” growled Chinese farmer Wei Shujian, wheezing from an incurable lung disease from breathing the filthy air.

20 years ago, Chinese coal miners had statistically the deadliest job on Earth. Now more metal miners are dying than their coal counterparts.

That’s partly because coal mine safety has improved under pressure from the central government. Less attention has been paid to metal mining. “The fundamental situation hasn’t changed,” admitted a government cabinet spokesman. “Production accidents are extremely likely.”

Much polluted soil no long supports crops and food-producing trees. The food which can be farmed in lands with nearby mines is heavily laced with toxins.

There is no legal recourse. Suits are denied by regional courts. Local governments treat environmental records as state secrets. “There are biases, certain political factors, when one side has so much money and the other side is so poor,” lamented Beijing-based environmentalist Chen Wenxi said.

The dilemma of an ineffectual central government in the vast Chinese nation is long-standing, as evidenced by the ancient proverb: “The mountains are high, and the emperor is far.”