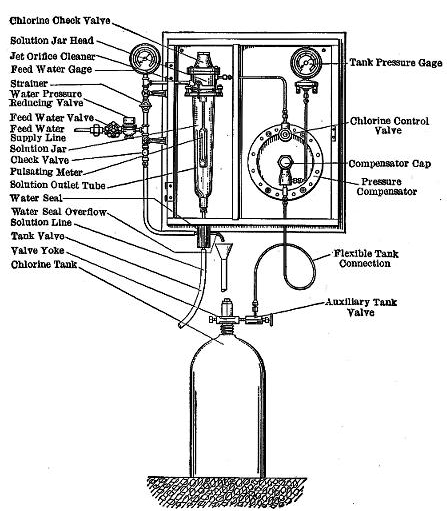 Awareness that chlorinating water kills pathogens dates to the mid-19th century. Only recently has the discovery been made that chlorination creates toxic byproducts.

In 1846, Dr. Ignaz Semmelweis, administrator at a Vienna Hospital, instituted a requirement that physicians wash their hands with soap and chlorine water. In 1854, Dr. John Snow used chlorine to try to disinfect the Broad Street Pump water supply in London, which he had identified as causing a cholera outbreak due to sewage contamination.

The first city which drank chlorinated water was Hamburg, Germany, in 1893. The widespread adoption of chlorination to disinfect public water supplies began in the early 1900s. Chlorination has been credited with dramatically decreasing waterborne diseases, including typhoid, cholera, and dysentery.

The human health effects of drinking chlorinated water have been studied. The World Health Organization reported a study which found that “increased risk of bladder cancer appeared to be associated with the consumption of chlorinated tapwater.” Another study cited elevated lipid levels which were potentially unhealthy.

Phenols are found in abundance in drinking water and in the environment generally. Mixing phenols with chlorine produces numerous byproducts which had not been previously detected. A recent study by German American environmental scientist Carsten Prasse and colleagues discovered that chlorinating water creates hazardous electrophiles: reactive compounds which can create unhealthy consequence.

“There’s no doubt that chlorine is beneficial,” says Prasse. “But that process of killing potentially fatal bacteria and viruses comes with unintended consequences. The discovery of previously unknown, highly toxic byproducts, raises the question how much chlorination is really necessary.”