To fanfare in the mainstream press, Zeke Hausfather and 3 other climate ‘experts’ recently reported on how well early climate models performed. They found “that models are accurately projecting global warming.” Instead, their own survey showed otherwise.

Evaluating the accuracy of predictions is a statistical exercise. Simply put, a guess is good if it proves true. The further from the bullseye, not so good.

To make a generalized claim about a group statistically necessitates having an apt (i.e., representative) data sample. If you want to reasonably conclude that “climate models accurately predict,” you have to include all the climate models you can find. Knowingly omitting a data point signifies making a fraudulent claim.

Hausfather et al looked at least 15 models, purposely excluding 1 because it was lousy: “uncertainties are too large, and its inclusion makes the figures difficult to read.”

The reported survey was of “papers published prior to the early 1990s.” Papers on pathetic models, or even good ones which were not by people with institutional credentials, probably didn’t get published; so, the reported sample of models used may not have been representative.

To get to their desired results, Hausfather et al extensively fiddled the figures: another black mark against results integrity. As the authors put it: “The observational temperature records used do not present a completely like-to-like comparison with models. The trends in the models used here are likely biased.”

The model quality assessment should have logically (and simply) used statistical deviations between observed temperatures and model predictions to adjudge accuracy. Instead, to get more favorable results, Hausfather et al decided to use temperature rate of change, which nonetheless was not properly evaluated via deviation between prediction and observation – that is, how close model predictions came to the bullseye of actuality.

Lacking statistical results in the report, one must fall back on eyeballing charts. Looking at the temperature versus time chart, 2–4 of 15 models could be considered “accurate”: 13–27%. For implied TCR (the seriously cooked results), 4 models look close (maybe a couple more, depending upon what you subjectively consider “accurate”). Models with multiple projections equate to just guessing (lucky or not). Contrary to the conclusion of Hausfather et al, climate models were not altogether “accurately projecting global warming.” 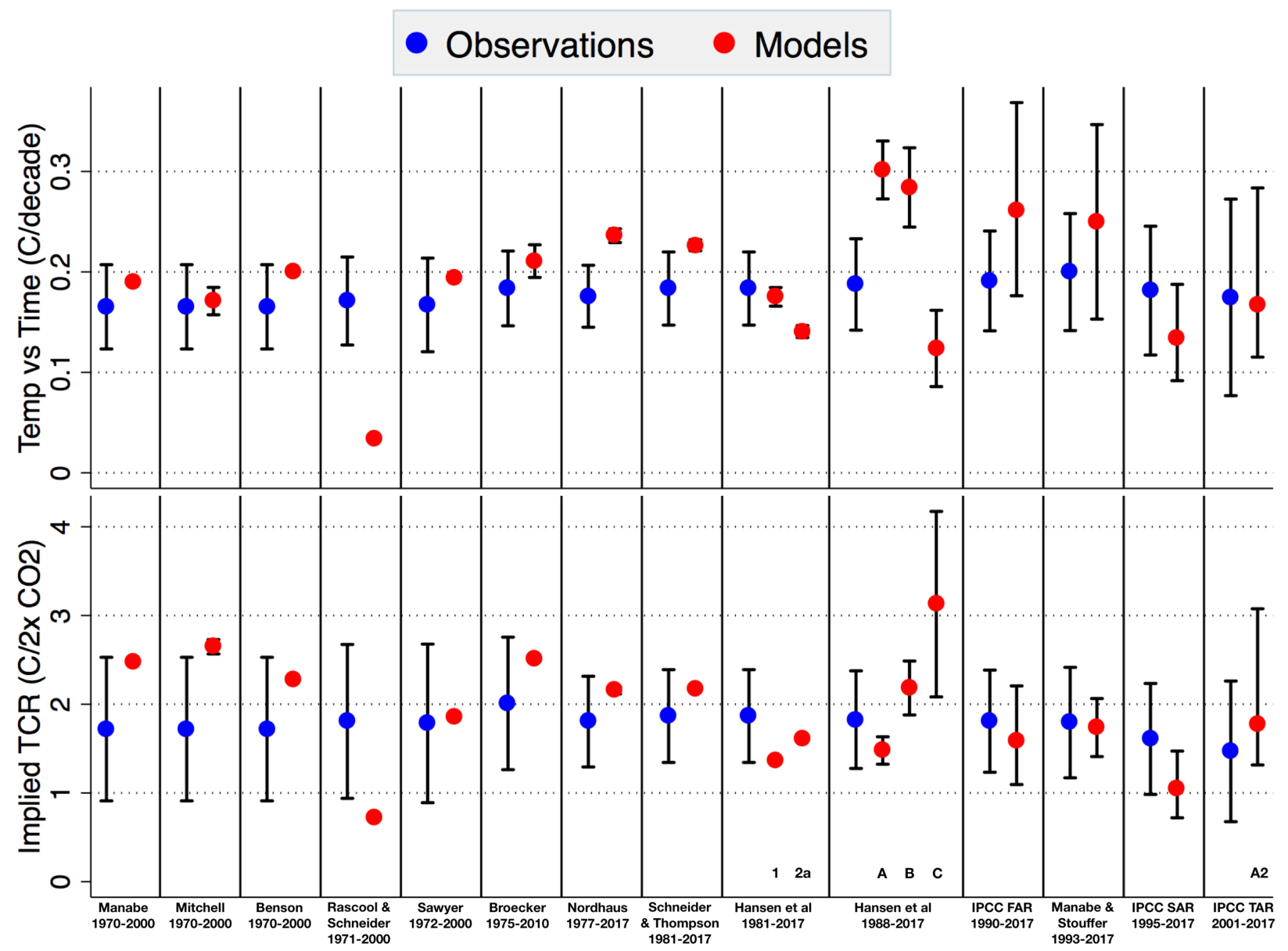 Climate models have gotten better. That said, climatologists are still regularly surprised to learn of dynamics and feedbacks influencing climate which they had not “accurately” accounted for before.