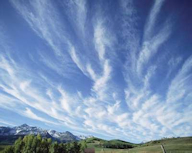 Climate models fail to predict wind, which is an extremely significant forecasting facet. That wind is predictable highlights how pathetic climate model forecasts are.

“We can’t take the models at face value,” concludes Smith. Wind changes affect the odds of cyclones (hurricanes), floods, droughts, and other such events. Bad climate modeling means that forecasts are far too conservative in predicting planetary hotting up, and just plain off in anticipating extreme weather.

The self-extinction humans have manufactured is likely to be rushing forward faster than predicated; not that anything is likely to be done about our impending demise until far too late.