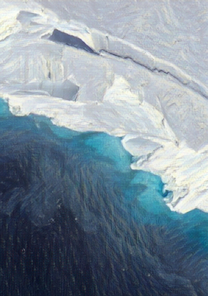 In this century, climatologists have repeatedly been surprised at the rapidity of climatic changes and severity of weather events. This owed to climate models failing to encapsulate all relevant facets of Earth’s weather system, and, in many instances, having sparse data that did not capture what was going on.

Looking at a past quick-change climate period provides a baseline case for determining where models may be deficient. Part of the problem in looking back thousands of years ago is gleaning accurate data – a problem which also vexes modeling current events.

Chinese climatologist Zhengyu Liu et al: “Marine and terrestrial proxy records suggest global cooling during the Late Holocene, following the peak warming of the Holocene Thermal Maximum (~10 to 6 ka) until the rapid warming induced by increasing anthropogenic greenhouses gases. However, the physical mechanism responsible for this global cooling has remained elusive. Climate models simulate a robust global annual mean warming in the Holocene, mainly in response to rising CO2 and the retreat of ice sheets. This model-data inconsistency demands a critical reexamination of both proxy data and models.”

Looking at how current climate models fared in capturing an abrupt cooling trend in the late Holocene, Liu et al found that current “models fail to produce some important features.” A significant deficiency was in incorporating feedbacks which could provoke accelerations, or, conversely, stifle a trend. “The biases in current models are likely to be related to their sensitivity to orbital forcing and additional feedbacks.” Climate models, like those in econometrics (albeit for distinct reasons), tend to be conservative in their forecasts.

For example, climatologists have repeatedly been surprised at the pace of glacial melt in the polar regions. In Antarctica, there had been a failure to appreciate the degree of ice melt from below by warming waters. In Greenland, the effects of warming air and melt flow were underestimated as furthering glacial melting.

The acceleration of climate change is likely to continue to outrun model predictions. Humanity is in for self-extinction sooner than forecast.

Chris Mooney, “Greenland’s ice losses have septupled and are now in line with its highest sea-level scenario, scientists say,” The Washington Post (10 December 2019).

Madeleine Stone, “How Antarctica is melting from above and below,” National Geographic (9 October 2019).