Nature produces many wonders. One is the diabolical ironclad beetle, which is a little 6-legged tank.

The incredibly rugged Nosoderma diabolicum (formerly Phloeodes diabolicus) resides on the deserts of the North American west coast. A fungus muncher residing in the barks of oak trees or under rocks, the diabolical ironclad beetle may grow to 22 millimetres and live to 8 years. 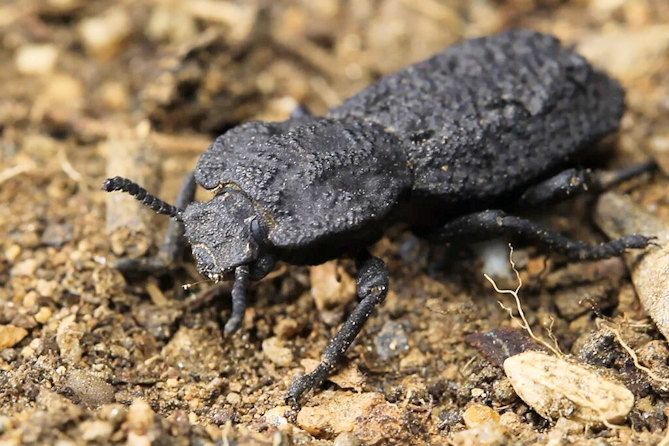 The ridged connections differ across the beetle’s body. Near the front, around vital organs, the ridges are stiff and tightly connected: like bend-resistant zipper teeth.

The connective ridges near the back of the beetle are not as intricately interlocked. The top and bottom halves of the exoskeleton may slightly slide past each other: flexibility that absorbs compression.

The other ingenious engineering is on the erstwhile elytra, which serve as protectors for the wings of flying beetles. In the diabolical ironclad beetle, a suture runs the length of the beetle’s back, rendering a singular shell, as shown. 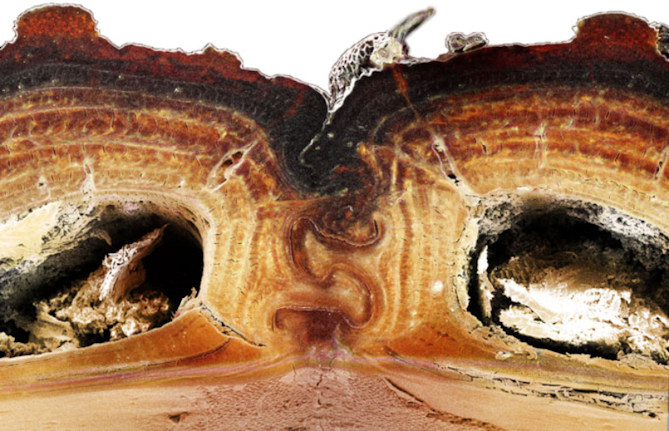 A series of protrusions, called blades, fit together like jigsaw puzzle pieces to join the 2 sides. These blades contain intricately composed layers of chitin tissue glued together by a protein matrix.

When the beetle is squashed, tiny cracks form in the protein glue between the layers of each blade. Those small, healable fractures let the blades absorb impacts without cracking. Further, owing to the labyrinth structure, pressure dissipates via distribution throughout the shell.

The diabolical ironclad beetle shell can withstand up to 149 newtons – roughly 39,000 times its body weight – of pressure. “That would jellify a human,” remarked engineer David Kisailus.