Carbon is one of several chemical cycles which define Earth’s biosphere. Nitrogen, phosphorus, and oxygen are others. Carbon holds the distinction of principally acting, in the form of carbon dioxide (CO2), as the radiative “control knob” that sets global temperature for the air and oceans. While attention has focused on the atmospheric carbon level, that is a small component of a much larger cycle.

Roughly 43,500 billion tonnes of carbon cycles aboveground; a tiny portion compared to the 1.845 billion billion tonnes stockpiled in Earth’s mantle and crust. Lithospheric carbon is released above surface through volcanoes and mid-ocean ridges and sinks back down via subducting tectonic plates. 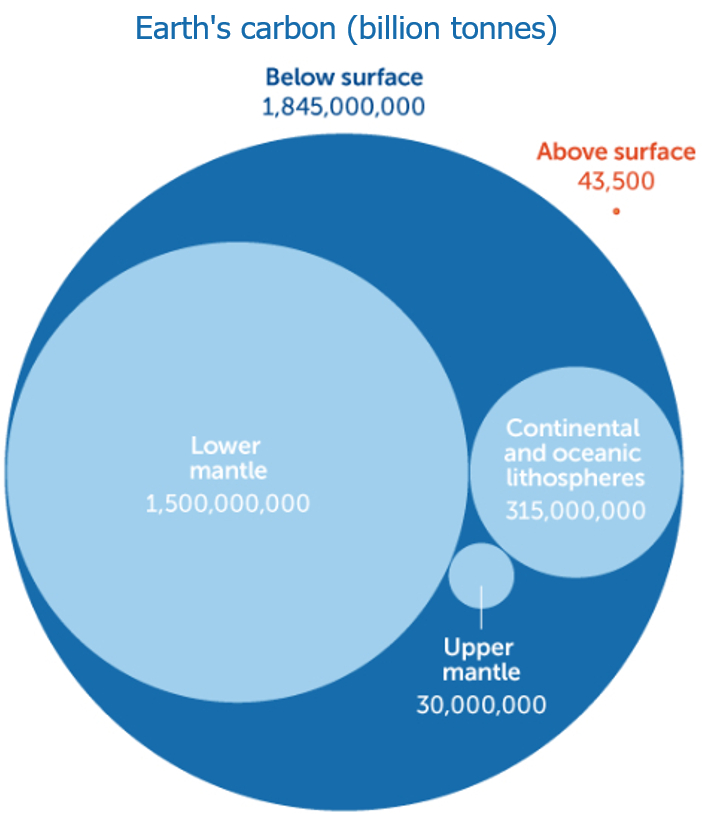 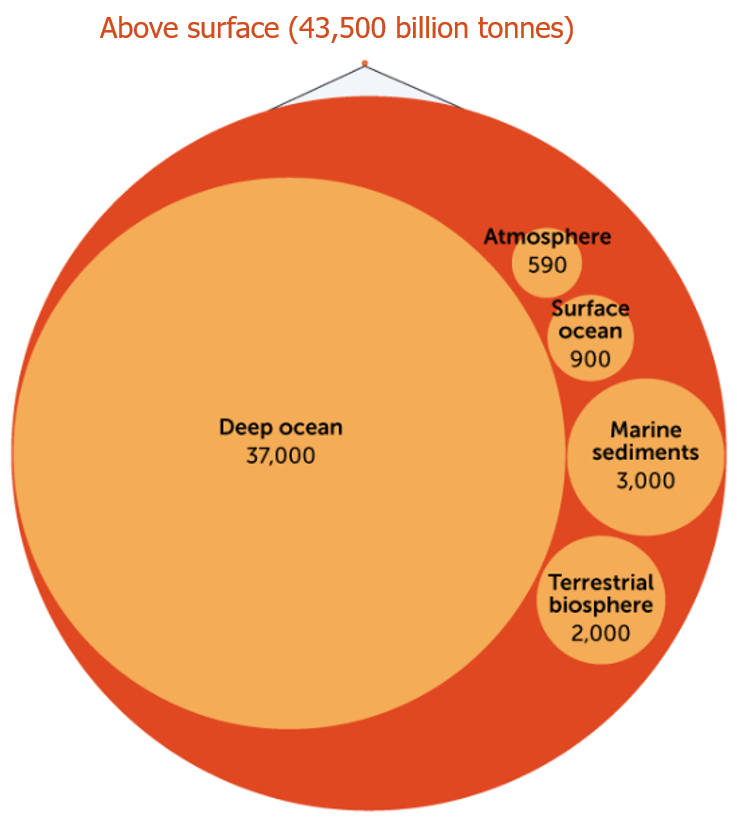 The carbon cycle has been severely disrupted in Earth’s history by cataclysmic events. The last was 66 million years ago, when a bolide struck Mexico’s Yucatan peninsula at Chicxulub and thereupon wiped out the dinosaurs. Other geological disasters, less striking, involved massive volcanism. The Great Dying 252 million years ago owed much to volcanoes.

Man-made carbon emissions now rival that released in the aftermath of the Chicxulub impact, and continue to rise. Our own imminent demise is practically guaranteed. The tipping point of our own extinction was in 1940, and there is no possible technological fix except building self-contained “survival cities”: an astonishingly complex project that could easily take a century when far less than that remains before humanity is extinguished.