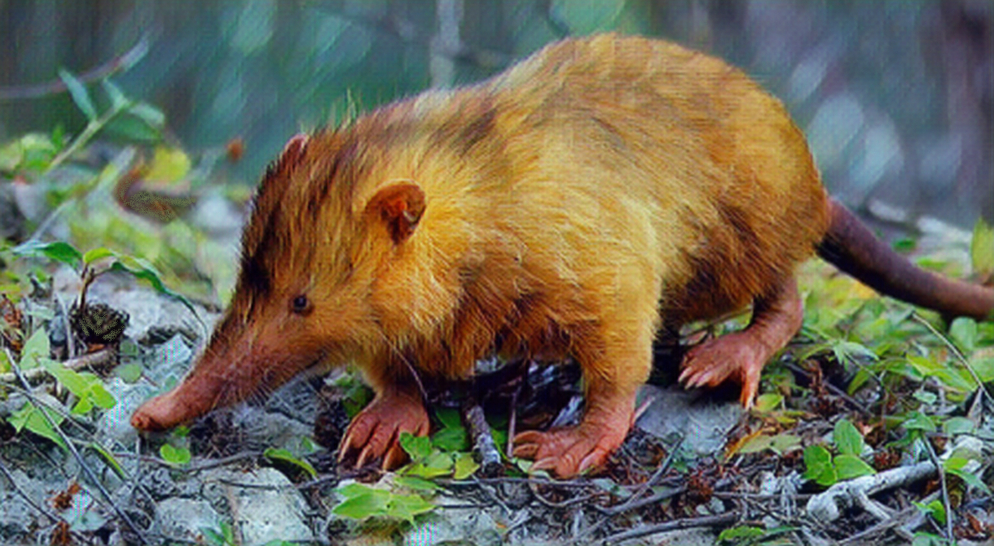 Eulipotyphlans are a taxonomic group of small mammals which include hedgehogs, gymnures (moonrats), solenodons, moles, and shrews of all sorts. Several eulipotyphlans are venomous. Eulipotyphlans with a vicious bite independently evolved this prey-catching assist several times.

Kallikreins are a group of enzymes that specialize in cleaving peptide bonds in proteins. Kallikreins are common in mammalian salvia. These skill-saw enzymes distinctly evolved in different eulipotyphlans as a lead agent in venom.

Eulipotyphlan venom is a specific toxin. It doesn’t poison so much as debilitate. The kallikreins victimize by some unknown cellular mechanism that causes blood pressure to suddenly drop. The fainting spell caused by kallikrein venom eases prey capture, thereby minimizing risk to a hungry eulipotyphlan, which might otherwise have to fight for its food. This venom is an especially elegant solution.

Independent evolution to a convergent solution illustrates how the natural force of coherence works. Coherence localizes; in the instance of life forms, as part of vital life energy. Just as will to live propels organisms, so survivability propels biological evolution.

Evolution as adaptation is a creative exercise by coherence to craft solutions via incremental biological changes. Adaptation is necessarily teleological: goal oriented. Every adaption involves a bevy of coordinated molecular manipulations which exhibit as “traits,” whether physiological and/or psychological. Molecular modifications alter cells and are encoded as genetic memory, but their effects are directed at an altogether different scale of activity, as eulipotyphlan venom exemplifies.

Convergent evolution illustrates the opportunities and constraints perceived by localized coherences. Certain biological mechanisms are most readily modified toward a specific end. In the instance of eulipotyphlan venom, kallikreins are a convenient device, and blood pressure drop an apt outcome for an intended effect: easier prey capture.