A warming world spells more frequent and more intense wildfires. Animals play a part in engendering the spread of a blaze or tamping it down.

Plants and animals are ecosystem engineers in their own ways. Whereas plants establish habitable environments for animals, animals then modify the vegetative landscape. 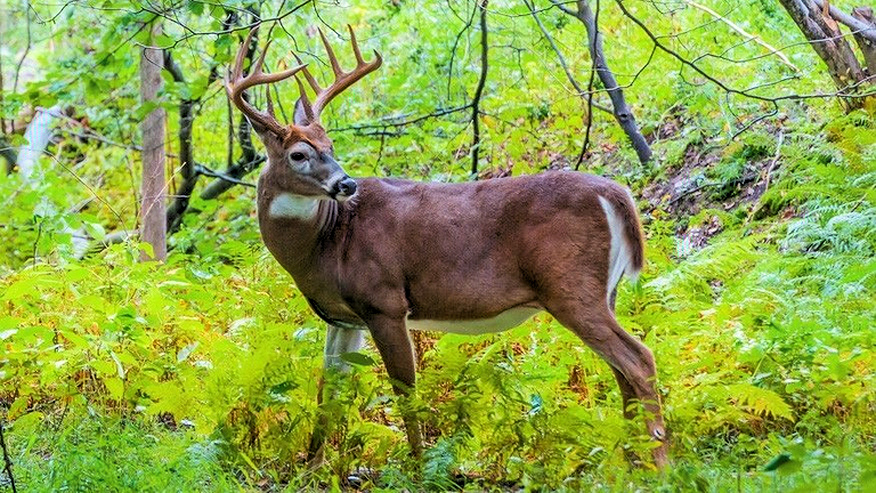 Grazing animals selectively cull vegetative growth. “A lot of the things that make a plant good to eat are the things that make it hard to burn,” says Foster. “When you take out all the nutritious, palatable plants, those left over tend to be drier and more flammable.”

The fuel available for combustion underpins the spread of a fire, its persistence, flame height, depth, and intensity. The conditions of fuels control flammability, fire temperature, and combustion rate.

“Activities like trampling, grazing, and nesting can modify the bulk density of fuel as well as patch- and landscape-scale properties like horizontal and vertical fuel continuity,” explains Foster.

Large grazers can increase wildfire temperature, as well as the size of individual fires and the total area burnt. In alpine areas and in forests with a mixture of plant species, selective feeding can increase the numbers of more fire-prone plants.

The fire potential effect of large browsers is mixed. They may destroy the lowest branches of a tree and thus create a gap between those branches that remain out of reach and the kindling of undergrowth and leaf litter scattered on the forest floor. Such gaps act as fire breaks by stopping small fires climbing trees and turning into big ones that can jump from the crown of one tree to the next. Ironically, the vertical firebreaks created by branch browsers also clear space for fire-friendly conifers to establish themselves.

Alternately, in grassy habitats like savanna, grazers may limit the spread of fires. Browsing and grazing animals, such as deer and Australian wallabies, trim grasses and brushy plants through which fires spread. In Australian eucalyptus forests, excluding such litter-devouring critters almost halves the rate at which leaf litter decomposes, leaving more fuel on the ground for fires.

“By feeding on leaves, insects stimulate the production of defensive chemicals in the plants, changing the flammability of their leaves,” says Foster. Other kinds of insects remove dead leaves from the forest floor and, in some cases, even provide shelter for other animals from fire.

A number of herbivores – insects such as lace bugs as well as mammals – stimulate plants to increase the level of lignin in their leaves. This renders their leaves less edible, and thus more likely to end up on the ground. It also slows the degradation rate of such leaf litter, and therefore more likely to build up as fuel for fires.

Tree-killing insects like pine-bark beetles generate fuel in large quantities, too, since the dead trees they leave behind burn more easily than living ones do.

“One of the most amazing examples is from savanna ecosystems with termites,” Foster relates. “They create massive structures where a huge variety of other animals choose to live. These ‘nutrient islands’ attract large herbivores that preferentially graze around the termite mounds, making them less likely to burn and creating a safety zone during moderate-severity bushfires.”

Further, some animals manage fire spread by changing the arrangement of plants or plant debris within their habitat. Stocky, ground-dwelling Australian malleefowl birds gather dead leaves into piles to incubate their eggs, helping clear the ground of leaf litter. Plains viscacha, a South American rodent, pile leaves up to attract mates. These accumulations are bonfires in waiting.

Larger animals, like elephants, trample down plants to form wide corridors between foliage. Deer also create numerous such corridors in their habitat. “Gaps in fuel can be really important for fire spread; animal tracks can act like mini roads, creating breaks that can cause extinguishment of the fire front,” notes Foster.

Fire is complex dynamic which both flora and fauna influence in intricate ways.

“Fauna, as much as flora, govern susceptibility to wildfires,” The Economist (7 March 2020).