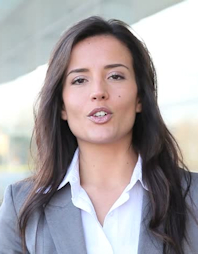 Learning a foreign language often involves enunciating phonemes not found in the native tongue. Mispronunciation is common, and the mind’s bias helps not a whit.

Germans typically have trouble articulating the initial ‘th’ in English, while English speakers struggle with ‘ü’, which they tend to pronounce as ‘u’.

The Japanese ‘r’ is not rolled like the ‘r’ in English. The distinction confronts those learning either language with a pronunciation challenge.

Many laugh at the same mispronunciations in others that they themselves make. “Learners have a tendency to overestimate the quality of their own pronunciation,” observes German linguist Eva Reinisch. “As a rule, they believe that their English is better than that spoken by their fellow students at language schools, although they make the same set of errors.”

The strongest bias is preservation of self-esteem. People are prone to think well of themselves. A steady diet of self-criticism is a healthy regimen, but most take it as bitter medicine only when slapped with an event which shakes self-confidence.

“As long as we believe that we are already pretty good, we are not going to put in more effort to improve,” Reinisch points out.

Holger Mitterer et al, “My English sounds better than yours: Second-language learners perceive their own accent as better than that of their peers,” PLoS One (7 February 2020).