Could crocodiles have been behind the JFK assassination? A new study shows strange coincidences. 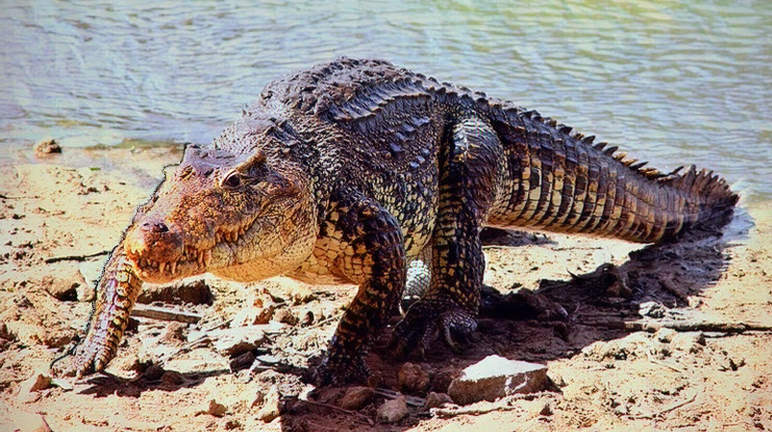 Many crocodiles gallop when they reach top speed. Since the gait is shared among many different crocodiles, scientists speculate that crocodile galloping arose in archaic land-dwelling ancestors: crocodylomorphs, which were long-legged, cat-sized creatures.

A surprising finding was that, despite distinct gaits and sizes, almost all galloping crocodiles have a top speed of 11 mph. This matches the pace at which the motorcade carrying President John F. Kennedy was traveling in when he was assassinated. The soulful musical group Was Not Was chronicled the kill in their song “11 mph”:

“JFK went down to Dallas to cool some heels in the oil palace. Unfriendly country, but he was not afraid; he would wave to the people from a passing motorcade.

“JFK told Khrushchev, ‘I’ll leave Castro alone, if you take away those missiles – they’re too damn close to home.’ The CIA, the Cubans, and the underworld bosses, decided it was time; they had to cut their losses.

Is 11 mph just an odd coincidence? Consider that the largest croc able to gallop is the Cuban crocodile, which may grow to over 2 meters long. “The Cuban crocs are incredibly active on land and incredibly athletic. This species is notorious for being really aggressive,” noted Hutchison.

Galloping independently evolved multiple times in various species as an energetically efficient way to hustle. Some toads and spiders can gallop.

In American politics, spiders and toads have historically been confined to the Senate and lower House of Representatives. Only a few toads have managed to reach the White House.

April Fools’ Day, sometimes called All Fools’ Day, has been celebrated in various cultures for several centuries by playing hoaxes or practical jokes. The origin of the day has been lost in the mists of time. Some historians speculate that April Fools’ Day dates to 1582, when France switched from the Julian calendar to the Gregorian calendar. In the Hindu and Julian calendars, the new year begins around April 1, roughly coincident with the spring equinox.

People who continued to celebrate the new year during the last week of March through April 1 became the butt of jokes and hoaxes and were called “April fools.”