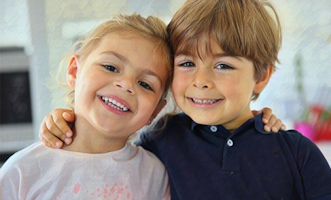 Sexism is a problem irrespective of culture. A distinction between the genders emerges as a natural consequence of early cognitive development and upbringing.

The salient differences between the human sexes include a slight but significant sexual dimorphism, male proclivity toward aggression, and extended maternal reproductive obligations for highly-altricial offspring. Human traits in these regards differ from other primates only by slight degrees. As with other hominoids, males physically dominate females, with attendant consequences.

Treatment of different genders begins in infancy. From birth, mothers have a cognitive commitment in their child as being a certain gender. From this follows distinct maternal behaviors. Mothers keep their daughters closer to them, speak to them more and touch them more often than sons. In doing so, mothers engender passivity and dependence in daughters, and activate independence in sons. “If we hold stereotypes or biases, our children are induced to hold them too. Our stereotypes become their stereotypes,” observed American developmental psychologist Andrew Meltzoff.

At 13 months girls stay closer to their mothers during play and return to their mothers sooner and more often than boys do. If a barrier is set up to separate child and mother, girls are more likely to cry and motion for help; boys instead try to climb over the barrier.

By their 3rd year toddlers learn that they belong to a specific gender. For little boys this is a momentous discovery, as their newly found masculinity marks a dramatic break with their mother. Many boys at this age become fascinated with adult men: adoring puppies for their new role model.

Regardless of culture, around age 4 children of both sexes begin to “strongly associate power with a male character,” observed French sociologist Rawan Charafeddine. By this age, boys and girls have diverged in their play habits and choice of playmates. Although there is considerable individual variation, boys indulge in verbal and physical aggression. Meanwhile, girls prefer verbal interaction and fine motor skills, and are more sensitive to the emotive cues in themselves and others.

Gender lessons continue throughout childhood. Playthings and dress are gender-based. Boys are subtlety encouraged in rough-and-tumble play. A girl who does so is admonishingly labeled a “tomboy.” Sons are expected to get dirty and be somewhat defiant, while daughters are to be daintier and more compliant. Peer groups reinforce stereotypes. “Sexism is a systemic issue embedded in culture, and even in everyone’s psyches, men and women alike,” said Israeli American actress Natalie Portman.

Male and female gender identities, starting with the simple fact of group membership, evolve into elaborate norms about masculinity versus femininity. “When both internal and external forces pressure men and women to act in disparate ways, the perceived accuracy of gender stereotypes is bolstered, despite the general similarity between men and women,” noted American psychologists Laurie Rudman & Peter Glick.

Gender affects perceptions and self-identity in fundamental ways. Children are brought up to view their own behaviors and options through the lens of gender. “Women are expected to be submissive and internalize these messages,” lamented American social psychologist Diana Sanchez.

“Men are afraid women will laugh at them. Women are afraid that men will kill them,” observed Canadian author Margaret Atwood.