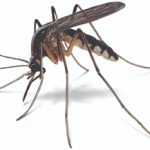 After a decade of work, British biotech firm Oxitec released genetically modified mosquitos in Brazil in 2013, hoping to reduce mosquito-borne diseases via mosquitos whose 1st-generation offspring would be infertile. Oxitec claimed that the gene mod would not get into the general population because offspring would die.

The plan backfired. Oxitec instead created a resilient hybrid as the new gene suffused into the local mosquito population – the worst possible outcome. To celebrate the failure and heighten the hazard, the Trump administration is letting Oxitec release genetically modified mosquitos in Florida and Texas.