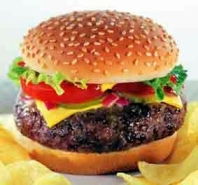 Humans excel at getting polluted, in every sense. Industrial pollution got raised to a new level following the second World War. The so-called “baby boom” generation of the 1950s were the first to get seriously POPed: exposed to a continuing dose of persistent organic pollutants. They are now paying the price of “better living through chemistry.”

Persistent organic pollutants comprise the long-lasting residue of industrial processes, drug production, and pesticides. The list is long and various. All share the POP title by being resistant to natural chemical breakdown into less damaging compounds.

POPs build up in the food chain. Meat eaters, dairy devourers and consumers of processed foods get an ample supply, as do those that eat fatty fish, such as tuna and salmon, thanks to generations of sailors treating the ocean as their private toilet.

Those who pack on the pounds load up on POP. Then again, the obese are a waddling time bomb of health problems for a wide variety of reasons.

POPs interact to create a combination “cocktail effect.” Even tiny amounts make for a damaging combination.

“There is no doubt that the importance of interactions between different hormone-disrupting chemicals has been underestimated,” remarked Norwegian researcher Dr. Jerome Ruzzin.

The beat goes on producing POP. While some particularly noxious POP stars, such as DDT, have been banned (except in Africa), nothing has been done to reduce many sources of POP. The excellence continues.