Insensible governmental response to the covid pandemic had scant benefit but many negative repercussions, ranging from public health to culture to economic malaise. The economic anarchy called capitalism is struggling back to its feet, crippled by its own inadequacies. 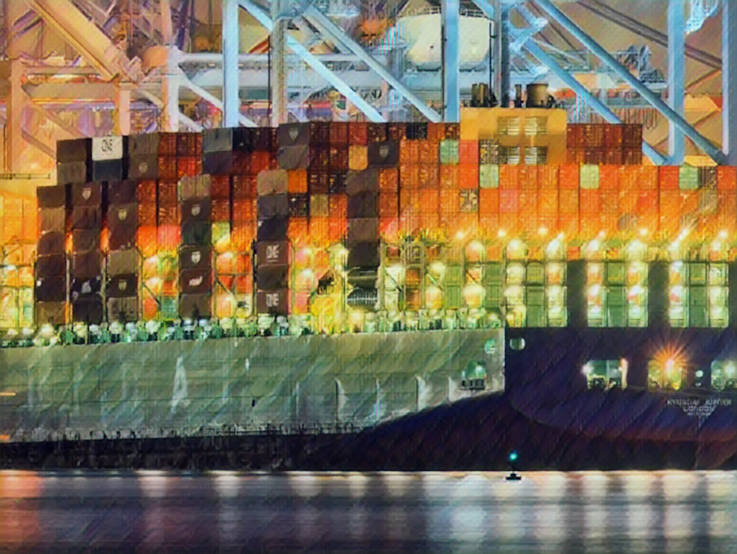 The global economy lumbered for a decade after the 2008 financial crisis with subdued demand, largely owing to impoverished masses, wary firms holding back investment, and government-imposed austerity. Then came the covid pandemic.

Governments ignored the looming covid take-down until it was too late. Then, panicked, social restrictions were imposed which did nothing but smother the economy. Government stimulus packages totaling $10.4 trillion went mostly to the wealthy, but trickle-down payments did modestly compensate common folk for the turmoil governments created.

The incipient rebound has been unbalanced. Economic revival has been crippled government restrictions on manufacturing and trade, beginning with the covid restrictions, but also ranging from a half-witted attempt at “decarbonization” (using fewer fossil fuels) to nationalist protectionism.

Factories in the parts of the world where most of global manufacturing resides – notably East Asia and Germany – were hard hit by covid restrictions. In response, shipping companies cut their schedules, anticipating a drop in demand for moving goods around the world.

Trade globalization has meant that manufacturers typically need to import components for the things they make. The cost-cutting convention of keeping inventories low (just-in-time manufacturing) heightened the degree to which goods makers relied upon fast shipping from faraway lands.

Monopolistic practices have also abetted the shortages. For instance, beef is scarce and prices high. But this is largely because meatpackers consolidated and eliminated capacity as a way to bolster prices and profitability. These sorts of profiteering choke points exist throughout the supply chain.

Global shipping got jammed by the pandemic response. In the 1st phase of the pandemic, China shipped huge volumes of protective gear, like face masks and hospital gowns, all over the world. Containers were unloaded in places that generally do not send much back to China: Africa and South Asia. Empty containers piled up in those places.

Because containers were scarce and demand for shipping intense, the cost of porting cargo skyrocketed. Sending a container to Los Angeles from Shanghai cost $2,000 before the pandemic. By early 2021, that same trip fetched as much as $25,000.

Many containers were bumped off ships and sat unattended because of covid restrictions, adding to delays throughout the supply chain. Even huge companies had to wait for weeks, even months, to get their finished factory wares onto ships.

Those same covid restrictions were stalling delivery at docks. Ships waited for days before they could unload. Dock workers were stuck in quarantine, further slowing the process.

This situation worsened by the shutdown of the Suez Canal after a giant container ship got stuck there. Then followed the closings of major ports in China as that nation insisted on Mission Impossible: stopping the spread of covid.

Many companies responded to initial shortages by ordering extra, adding to the shipping strain and filling up warehouses. With warehouses full, containers – suddenly serving as storage areas – piled up at ports. The result was the mother of all traffic jams.

Just about anything that is produced or manufactured – from chemicals to electronics to running shoes – is in short supply in much of the world. Shortages beget more shortages.

A paint manufacturer that needs 27 chemicals to make their products may be able to buy all but 1. But that 1, perhaps stuck on a container ship, may be enough to halt production.

Cars consume a lot of computer chips. Shortages of those chips has crimped car supply, sending prices of all cars soaring. New cars are hard to come by, and so used cars have been snapped up at bloated prices.

Under capitalism, shortage spells price ascent. Inflation has been the other side of the supply shortage coin. This is likely to be the long tail of covid restrictions.

It will take months for the shipping kink in the supply chain straightened out. That is just the beginning of continuing inflation. As the price of goods goes up, so too worker demands for more pay to cover their costs.

The cost of housing in the US has been rising precipitously. At first, this was in purchased residences. New homes weren’t being built because of covid restrictions on workers. Now the cost contagion has caught rental properties.

Many US cities froze rents early in the pandemic. There was national moratorium on evictions. Those stoppages have now been lifted, with predictable inflation unleashed.

The evil genie of price inflation was uncorked by government-imposed covid restrictions. Though central banks may try, that genie will not be easily bottled without creating further ripples which dampen economic revival.

What governments will not do is end the core cause of the continuing economic corruption: capitalism – because governments only want to stay in power and coerce people as they see fit. Really ruling – taking care of folks – is beyond their bidding.

“How soaring energy costs could hobble the covid-19 recovery,” The Economist (23 October 2021).

“What’s plaguing the American economy? According to the Fed, it’s shortages,” The Economist (20 October 2021).