Many animals employ fluorescence: a light show via various biochemical means with a diversity of intentions. 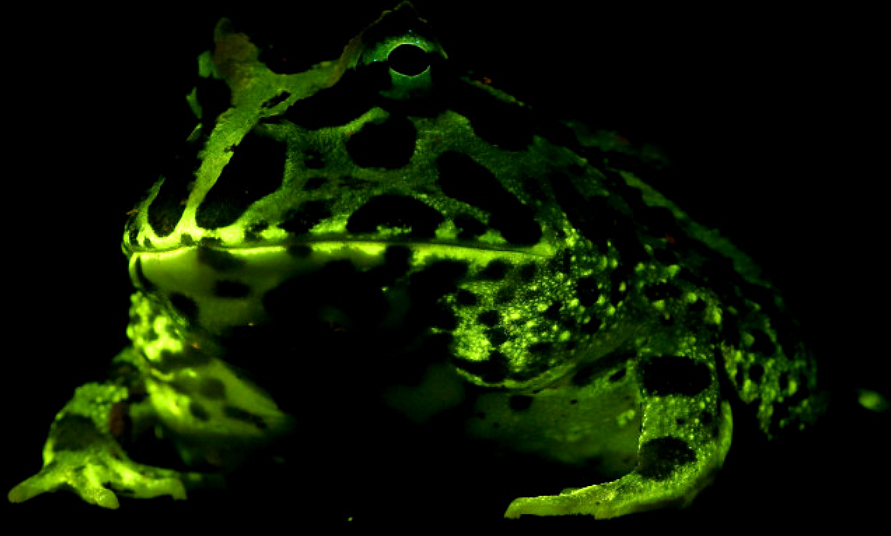 “There is striking variation in fluorescent patterning among amphibians, and the primary wavelengths emitted in response to blue excitation light are within the spectrum of green light,” elaborate Lamb & Davis. Some amphibians radiate from their skin. Others have shiny spit or urine. A few have glowing bones.

Beyond aesthetics, which is a showy aspect of Nature, biofluorescence may have various functions: to ward of predators by warning of toxicity, for sexual selection (females preferring a certain glow), as a form of camouflage (hiding from sight with light), and to improve visual acuity (a built-in light).