The recent mass slaughter of elephants in Mozambique gave an example of evolution in high gear. 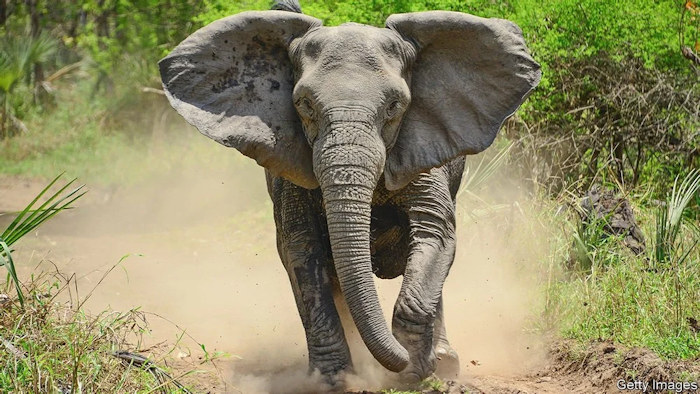 A senseless civil war raged in Mozambique from 1977 to 1992. It was partly paid for by killing elephants for their ivory tusks. 90% of the pachyderms in Gorongosa National Park were killed.

18% of the female elephants in Gorongosa lacked tusks before the war. 3 decades later, after just 2 generations, 50% were tuskless. Nothing else in elephant development changed.

Once the war was over, tusks went back to being useful tools: helping their owners strip bark from trees and dig for water. A generation after the war, tuskless females fell to 33%.

This specific adaptation can only be attributed to knowing the threat and responding to it, with the reversion back to tusks likewise, only in reverse.

The genetics behind any adaptation, as with all evolution, is incidental, not causal. DNA is an artifact, not an agent. There is no way to explain how a molecule could adaptively change itself. The vital energy behind survival – a localized force of coherence – is responsible for evolution, as quickly evolving elephants illustrates.