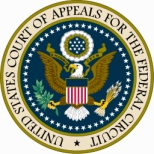 The courts generally act as interpretive guardians of State interests, whenever such interests are involved. In the plutocratic United States, the courts generally favor corporate interests in commercial disputes. For example, U.S. courts regularly deprive patent owners of their rights when an invention is particularly valuable. Here we have a simpler instance, where the appeals court deprives a veteran’s widow of her due benefits, by disingenuous disregard for the statute as written and intended.

The Court of Appeals, Federal Circuit (CAFC) is the singular appeals court for all intellectual property cases (which are federal matters), as well as handling appeals of veterans claims and other citizen v. bureaucracy disputes. The CAFC is a conservative court, even more so than the Supreme Court; zealous in protecting the interests of the State, even at the expense of rule of law.

In the Frederick case, Mrs. Frederick was the widow of a World War II veteran. When she remarried, she lost her benefits under then-current law.

The law changed, recognizing the “disincentive to remarriage for older surviving spouses.” Mrs. Frederick reapplied for her benefit entitlement. After being rebuffed by bureaucrats below, the Veterans Court decided in her favor, against the Veterans Administration (VA). The VA appealed to the CAFC.

The spat was over an untimely filing. Mrs. Frederick argued that the VA had not notified her as required, and that she had acted promptly once she discovered her eligibility.

The CAFC is a strong protector of federal agencies, deferring to its decisions whenever possible, as it did in this case; in a slippery opinion by CAFC Chief Judge Radar, where he parses legislative history to favor the government’s argument, ignoring legislative language and intent.

In this case, the light of rectitude is shone by Judge Reyna, a new member of the CAFC; a Hispanic with a sense of equity. It is, alas, a sole dissent.

I do not believe that the United States Court of Appeals for Veterans Claims (“Veterans Court”) misinterpreted § 101(e) of the Veterans Benefits Act of 2003 (“Act”) by restoring dependency and indemnity compensation (“DIC”) benefits to surviving spouses of veterans who remarry after age 57 and whose application was submit-ted before December 16, 2004. The Veterans Court, specialists in this area of law, properly held that Mrs. Frederick met all of the statutory criteria and awarded her DIC benefits as the remarried widow of a World War II veteran. The majority decision strips that award from Mrs. Frederick and thousands of others. I respectfully dissent because the plain meaning of the statute requires an interpretation favoring Mrs. Frederick; even if ambiguity can be shown, canons of construction unique to veterans law require that we resolve any remaining doubt in her favor.

The relevant facts are uncontested and underscore the merit of Mrs. Frederick’s claim under the Act.

The Veterans Court found, and I agree, that the legislative history here is, “at best, ambiguous.” Frederick, 24 Vet. App. at 342. The majority cites a single legislative history quotation that remarried spouses “would have one year to apply for the reinstatement of these benefits,” 149 Cong. Rec. S15,133-01 (daily ed. Nov. 19, 2003). Aside that this language also does not create a defined one year period for filing of applications, this limitation was not included in the Act as passed. Maj. Op. at 4-5. This inchoate idea – a bounded window for reinstatement – was rejected by Congress, as evidenced that the Act was passed containing language that goes the other way. This case is a good example of why we should avoid reliance on “murky, ambiguous, and contradictory” legislative history, especially when it defies the statute’s plain meaning and defeats its remedial purpose. Exxon Mobil Corp. v. Allapattah Servs., Inc., 545 U.S. 546, 568 (2005); see also Ratzlaf, 510 U.S. at 147-48; Van Wersch, 197 F.3d at 1152.

Even if the statute did admit of ambiguity, we must be loathe to construe § 101(e) against Mrs. Frederick. The Act is a remedial statute intended to broaden eligibility for DIC benefits. The veterans benefits system operates in a uniquely pro-claimant manner so we must do justice, ensuring that veterans and their families are treated fairly.