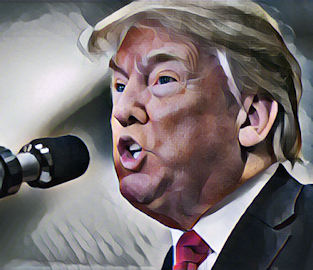 People are terribly gullible. In being gregarious creatures, congenital trust is a social lubricant. Cynicism is not a social grace. But the reason for innate trust runs much deeper.

We initially process all statements as true. It then takes mental effort to mark them as false.

Further, to go with the flow of conversations, we tend to accept information as long as it’s close enough to correct. Information which generally conforms with held beliefs is readily incorporated as true.

The source from which trust emanates is how the mind considers concepts. The mind creates concepts as categorical classifications. An idea is delimited by its relations with other concepts.

The natural inclination to associativity is the edge of the knife for gulling others. A lie is best told as a bosom buddy to the truth.

Having seen enough nonsense online, people express a general skepticism about what they see on the Internet. Yet still they believe.

A survey of high school students found that they readily believed lies on the Internet because the misinformation had come from a dot-org web site. They thought, as do many adults, that dot-org was a signification of benevolence.

Instead, registration for a dot-org web site is open to all. Liars love dot-org because it puts an undeserving halo on them.

Associative relativity is how we learn – creating new concepts by their distinction from ideas already in memory. As associativity is a key mechanism for learning, novel paradigms are the hardest to learn.

If a new idea runs counter to held beliefs, it is likely to be rejected. Only when current mental constructs have proven unsatisfactory do we look for a fresh perspective.

The root of gullibility goes to how the mind operates. Lying is the mind’s stock in trade. You can’t count the number of times your mind has told you of events which never happen.

Counterfactual thinking is essential to problem-solving. Otherwise, fantasy is a detriment to comprehending actuality. Hope is a cathedral built on fantasies of the future.

Faith is fidelity to concepts not grounded in fact. In not being fully fact-supported, all beliefs should be suspect. Generalizations are themselves categorizations which often have instances that don’t fit in.

The chasm between good enough and truth can be considerable – wide enough to fall into and hurt yourself.

Why does the mind deceive? Because trust is what keeps you enslaved to your mind.

Only the gullible and ignorant believe that the world as experienced is real, or trust what their mind tells them. They suffer for a false sense of certitude. Gullibility always comes with a hidden price tag.

If you could subdue your mind and quiet its lies, you would see the world for what it is: a show put on for entertainment purposes only. Living in an ungulled state is termed enlightenment.