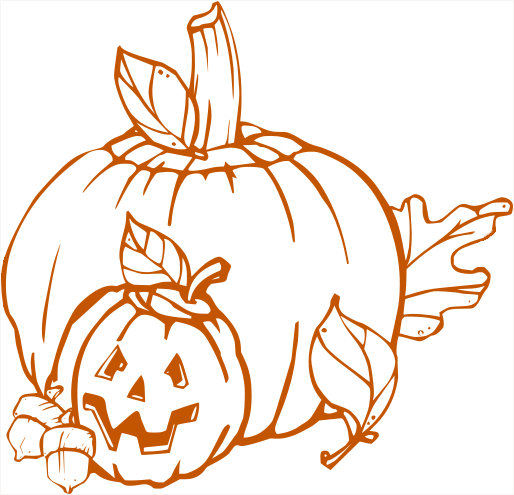 As a treat on this most mystical of celebratory days, a history of Halloween.

Halloween dates back 2,000 years ago, to the ancient Celtic festival of Samhain (“sow-in”), which celebrated the new year beginning November 1. That day marked the end of summer and the harvest, and the onset of winter – a season associated with death.

The Celts believed that the boundary between the realms of the living and the dead blurred on the night before the new year. Samhain was celebrated on the night of October 31, when ghosts returned to Earth.

Though ghosts caused trouble and damaged crops, the Celts thought that the spirits helped Druids (Celtic priests) foretell the future. For a people subject to the vicissitudes of Nature, prophecy was a source of comfort.

By 43 CE the Romans had conquered most Celtic territory. In the 4 centuries that the Romans ruled Celtic lands, 2 Roman festivals commingled with Samhain. The 1st was Feralia, a day in late October when the Romans traditionally commemorated the passing of the dead.

The 2nd festival honored Pomona, goddess of fruit and trees. Pomona’s symbol was the apple. The celebration of Pomona welded onto Samhain begat the bobbing for apples that is now a Halloween tradition.

By the 9th century Christianity had infected the Celts. Celtic traditions and rites blended with or were supplanted by Catholic ones.

In the year 1000, the Church marked 2 November as a day to honor the dead: All Soul’s Day. This was a Catholic attempt to supersede Samhain with a church-sanctioned holiday.

The celebration of All Soul’s Day was selfsame to Samhain, with parades, bonfires, and dressing up in costumes as angels, devils, and saints.

The medieval English called All Saints’ Day Alholowmesse. The night before Alholowmesse – the traditional Celtic Samhain – evolved into All-Hallows Eve and, later, Halloween.

The celebration of Halloween was suppressed by uptight Protestants in colonial New England. Halloween was more festively met in Maryland and southern colonies.

Halloween evolved in America, incorporating traditions from Native Americans and, later, those of ethnic immigrants. Unsurprisingly, the Irish who flocked to America fleeing the Irish potato famine were especially enthusiastic in popularizing Halloween.

In the late 19th century, American community leaders tried to leach the frightening or grotesque out of Halloween, substituting a more wholesome community celebration of autumn. The anti-superstition suppression cracked during the more carefree 1920s. By 1950 the centuries-old practice of trick-or-treating had revived, along with costumes and the spirit of spooks.