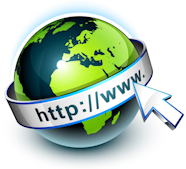 The most-trafficked part of the Internet is the World Wide Web, an open information space where documents and other resources are accessed. The Web’s history exemplifies an abyss of core competency in the software industry.

“Information on the Internet is subject to the same rules and regulations as conversation at a bar.” ~ American pathologist George Lundberg

The Web was conceived by English software scientist Tim Berners-Lee in 1989. He wrote the 1st web browser in 1990, 9 years after he first proposed a hypertext document system.

In all that time, not Berners-Lee, nor any of the many pioneers that were aware of his early web work in the early 1990s, were savvy enough to figure out that a document-based system should have a decent page description language. What should have been obvious wasn’t. Berners-Lee’s feeble thought process never made it past working “toward a universal linked information system, in which generality and portability are more important than fancy graphics techniques and complex extra facilities.”

So, what was foisted upon the world was HTML: a specification for network-based links coupled to a simple system of tags for notating paragraphs, headings, and list items – end of story. (HTML = HyperText Mark-up Language.) It was not until 1995 that HTML tags for rudimentary font styles were added, and even later that tables were even considered.

Berners-Lee had many good examples of how a page-based document system ought to be, but he lacked vision and technical expertise. It wasn’t until December 1992, when American programmer Marc Andreesen insisted upon having an image tag, that graphics were even considered to be supported by a web browser. Other early Web enthusiasts were not at all keen on the idea of supporting graphics.

In 1993, no large computer companies were interested in the Internet. They remained unconvinced that the Internet would be a success; seeing it instead as an academic project. Which it was at the moment. But good ideas, however gimped the implementation, grow legs that take them through time. So it was with the Web.

Bill Gates in October 1994: “I see little commercial potential for the Internet for at least 10 years.” A few moons later, Gates was singing a different tune. In May 1995 Gates chimed: “The Internet is crucial to every part of our business.”

Consensus on turning HTML into a page-description language was stymied by the stupidity of the Web’s early developers. It never really happened. Instead, the door was opened for scripts to be run from web pages in 1996. A cacophony of scripting languages sprang up to cover web page design deficiencies that should have been obvious from the get-go. Now it is common for complex web pages not to load correctly because of wonky scripts.

Scripts afford surreptitious surveillance and malware. It was imbecility to allow scurrilous scripting to substitute for a decent description language as the basis for the Web pages.