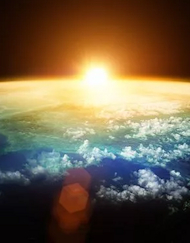 Comparing 2019 to 2005 – a brief 14-year span – Earth trapped twice as much heat. Global warming is accelerating at a frightening pace.

Using data from the Clouds and the Earth’s Radiant Energy System (CERES) instruments on observation satellites, climatologists figured the net thermal energy kept in Earth’s atmosphere. The CERES data was supplemented by Argo, an international network of sensors distributed throughout the world’s oceans, which measure the rate at which oceans heat up. “The 2 very independent ways of looking at changes in Earth’s energy imbalance are in really, really good agreement, and they’re both showing this very large trend,” said alarmed climatologist Norman Loeb.

Global warming is self-reinforcing. It is getting hotter faster: nonlinear acceleration.

A natural recurring pattern called the Pacific Decadal Oscillation (PDO) is also contributing. The PDO cycle has resulted in regular fluctuations in the temperature of the Pacific Ocean, with the western Pacific becoming cooler and the eastern Pacific warming for 10 years, following an opposite trend a decade after. An unusually intense PDO phase began in 2014, reducing cloud formation above the ocean, which also resulted in the increased absorption of incoming energy by the planet. The PDO cycle has likely been altered to reflect the warming trend and thereby accelerate future warming.

Diurnal atmospheric heat soaks into the oceans. Because the oceans absorb over 90% of thermal radiation, there has been roughly a 40-year lag between greenhouse gas emission and atmospheric warming. The global warming felt now reflects industrial emissions in the early 1980s.

From 1980 to 2020, greenhouse gas emissions doubled. That means that in 2060 it ought to be at least 3.4°C hotter than it was in 2020. Average global air surface temperature will rise – at a minimum – to 4.8°C above the 1880 benchmark used to measure global atmospheric temperature. Ocean heat by that time will be furthering a marine extinction to rival the Great Dying (Permian–Triassic extinction event) 252 million years ago. What industrial technology is doing to Earth is as bad as the bolide that wiped out the dinosaurs 66 million years ago.