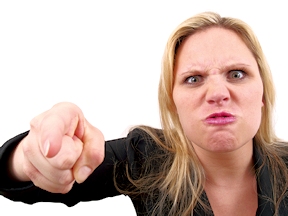 The culmination of urban and computerized civilization is a level of rudeness unsurpassed in human history, short of armed conflict. Nowadays, human capacity for empathy is snuffed between strangers when the nature of contact is a request, no matter how politely put, to be respectful of others.

Social exchange rules are societal mores that are increasingly violated as bad parenting and natural narcissism come to the fore in urban populations and online, where anonymity has replaced sense of community. Everyone who lives in a major city can tell, in retrospect, hilarious tales of outbursts over trivial events by a party who acts badly out of feeling their inalienable right to irritate infringed. Anyone who reads or participates in feedback forums online has seen a level of rudeness that would never be expressed face to face. It’s narcissism at full throttle.

These unwritten rules of nicety are not entirely without script. They are encoded genetically, and smudged beyond recognition by epigenetic markings.

Bad diet and lack of exercise naturally renders one overweight and out of sorts. That easily covers a majority of those waddling the sidewalk and tapping keyboards. But rudeness doesn’t just pop up from too many large sodas, cheeseburgers and fries, though they surely help in diminishing mental capacity and emotional stature.

Most children are brought into the world by parents unprepared, and simply unable by their own psychological deficiencies, to rear a next generation of truly decent folk. It’s narcissism in “because I said so” mode. Baby boomers begat a serious downhill slide in parenting quality, as evidenced in generations X & Y.

Famed Indiana college basketball coach Bob Knight (1940 – ) was once asked, out all the years he had been coaching, whether the kids had changed. He replied, “no, but the parents have.” It was not a compliment.

Life in the big city.