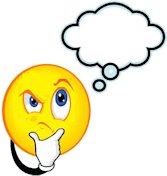 We tend to misremember the accomplishment of ordinary tasks. This vexing flaw is actually a feature of economy in how memory works.

“Intention can be misremembered as actually having done it,” says psychologist Dolores Albarracin. Routine is mental bureaucracy. Clearly remembering whether the cognitive checklist was completed is damned difficult when it’s the same for the 100th time. Are you sure you locked the door?

Simple tasks are events: snapshots in time. Confusion between intention and deed for routine tasks occurs because the mind merges multiplicities into composites.

We recognize faces under different lighting and angles owing to economical conglomeration. If it looks about the same, it’ll do for identification – and most of the time, “close enough” works. People with photographic memories have trouble recognizing faces because each mental snapshot retains its uniqueness.

Animals which hoard food for the winter remember many thousands of stash locations and the relative freshness of each. Their lives depend upon accurate recall.

The average human mind is capable of recalling thousands of items within a context. But it’s rarely a matter of life and death. And so, such feats of recall that jays and squirrels take for granted we can’t.

Severity counts when it comes to memory. Stress serves to cement memory. By contrast, the mundane is a memory swamp.

Dolores Albarracin et al, “Mistaking an intention for a behavior: The case of enacting behavioral decisions versus simply intending to enact them,” Personality and Social Psychology Bulletin (16 July 2020).