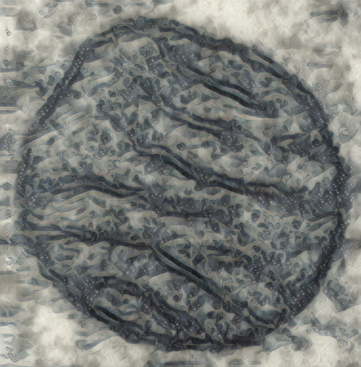 A mitochondrion is the power plant for eukaryotic cells, as well as performing many other functions. It is the only organelle that retains its own genome and the machinery for self-maintenance. To meet cellular needs, a mitochondrion has an extensive communication network, both within itself and with the rest of the cell.

Mitochondria evolved into an organelle over a billion years ago as an endosymbiotic incorporation: a host archaeon integrating a bacterium. Mitochondria surrendered most of their genome to the host nucleus, leaving only principal portions as an efficiency optimization.

This genic division meant that extensive intracellular communications were essential. “Moreover, mitochondria actively influence other cellular components such as the lysosomes, the endoplasmic reticulum (ER), and cytosolic pathways, creating a mitocellular communication network that is based on a variety of signals and cues, akin to different languages,” related Swiss cytologist Adrienne Mottis.

Depending upon life form and cell type, a cell may host 1 or many mitochondria. Mitochondria within a cell coordinate to optimize cell operations.

Mitochondria employ a variety of small messenger molecules, depending upon the correspondent and the information being exchanged. Messages are encoded via atomic and energetic patterns.

“Mitochondria have a versatile and complex nature. They can take the appearance of a unified network or of individual units depending on the context, continuously communicating and interacting with the cellular milieu,” concluded Swiss cytologist Johan Auwerx. The sophistication of mitochondrial languages and messaging exceeds that which animals, notably humans, use to communicate.