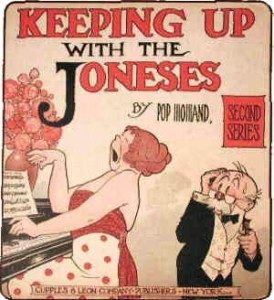 The mirror mechanism is a part of intelligence systems; stimulated when an animal acts or observes another performing the same action. Many animals have mirror mechanisms, including birds and primates.

From an evolutionary perspective, the adaptive advantage to the mirror mechanism comes in creating a biological basis for understanding another’s point of view, as well as fostering a feedback loop for following by example. Eating what another has eaten is a good guide to poison avoidance.

As with all biological hardwiring, successful mechanisms gain wide employment. The mirror mechanism is critical in engendering empathy.

A more primal part is played by envy and socially-motivated desires. People more highly value objects of desire desired by others. Thus the basis for all advertising, and all status seeking. The mirror mechanism factors in competitive urges of all varieties.

China, the world’s oldest civilization, is well practiced in mirror desire. Fakes are rife. 75% of Chinese buy knock-off luxury goods, as social emulation: wanting to wear and possess the same brands as the people they aspire to be. Status seekers seek counterfeits when the real thing is out of reach. Fake it until you make it.

People even view money through the mirror, placing a prestige value on currency units. They consider that “one currency is ‘bigger’ than another if one unit of it can be exchanged for more than one unit of the other,” observes economist Joseph Yam, reflecting on the Hong Kong dollar exchange rate for the Chinese yuan.

The lure of luxury brands is exclusivity, which knock-offs knock on. The result can be a cyclic covetous covenant: brand owners fight to distinguish themselves from fakes, while knock-off makers keep up by investing in better quality production. Lessening exclusivity ratchets expense. Status is, after all, positional.

There is an inherent wastefulness to covetous craving: diverting resources to the materially inessential, and creating trash out of goods that have lost only their status. As unemployment and economic struggle by the middle class grow while Western civilization declines, those driven by status can practice trickle-down economics by recycling. Thank goodness for Goodwill.