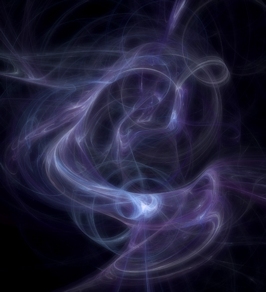 Like rivers of energy, plasmas flow in a certain direction. There are also plasmatic counter-streams.

Overall, plasmas have long been understood to be chaotic. But researchers have recently found that ordered field structures of a global nature naturally arise and persist in plasmas. Their experiments were on laser-produced plasmas, but similar coherence can be found in astrophysical settings: during star formation and star death. Supernovas are tremendous plasma producers.

Plasmas also pulse on a galactic scale. The coherent ordering amidst seeming chaos produces the energetic seeds from which galaxies and star systems are born.

The physicists who encountered “these surprising structures” state that they are “formed by a yet unexplained mechanism.” Which is to say that they have yet to appreciate the fundamental nature of reality. The natural force of coherence bears upon everything at every scale.

“How order arises from the random motion of particles in the cosmos,” ScienceDaily (4 October 2012).